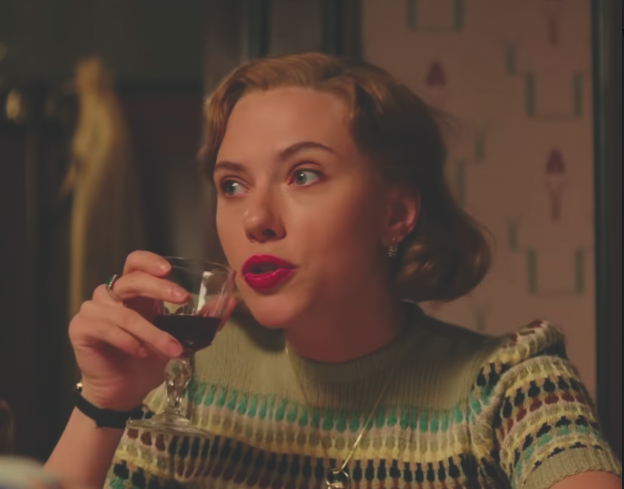 Scarlett Johansson plays the role of the mother of a 10-year-old boy in the thought-provoking film, “Jojo Rabbit.”

The film centers on Jojo, a 10-year-old German boy indoctrinated by the Hitler Youth toward the end of World War II. Though obsessively patriotic –– his best friend is an imaginary version of Hitler himself –– he is scorned by his peers for his lack of toughness. After being horrifically injured in a grenade-throwing accident at camp, a housebound Jojo discovers that his mother (played by Scarlett Johansson –– bottom right) has been hiding Elsa, a teenage Jewish girl, in their crawlspace.

Jojo’s confused and immature mind, which struggles to justify his nationalism with Elsa’s suffering, is personified by imaginary Hitler’s laughable and boyish antics. Relentless humor ranges from on-point to downright silly.

For example, a camp counselor emphatically announces a book burning to screams of childish glee; the imaginary dictator hypes up Jojo by asking him to “heil at me,” and a General, who requests a pack of German Shepherds, is instead brought a group of bearded German men with shepherd’s crooks.

At first glance, one may fear that “Jojo Rabbit” screams poor taste or is baiting its viewers to be offended. Instead, the film’s dark satire prevails by using its setting to sneakily shock the audience with the horror of the time period, to crumble comedic highs quickly into horrific lows, and cut off the audience mid-laugh.

Though largely presented as bumbling caricatures, particularly in Waititi’s goofy portrayal of Hitler, the Nazis are far from romanticized.

Don’t let the trailer fool you –– while Jojo Rabbit is indeed hilarious, it serves as a surprisingly emotional and thought-provoking look at the dangers of propaganda and the human capacity for change.