“The Dutch House” by Ann Patchett 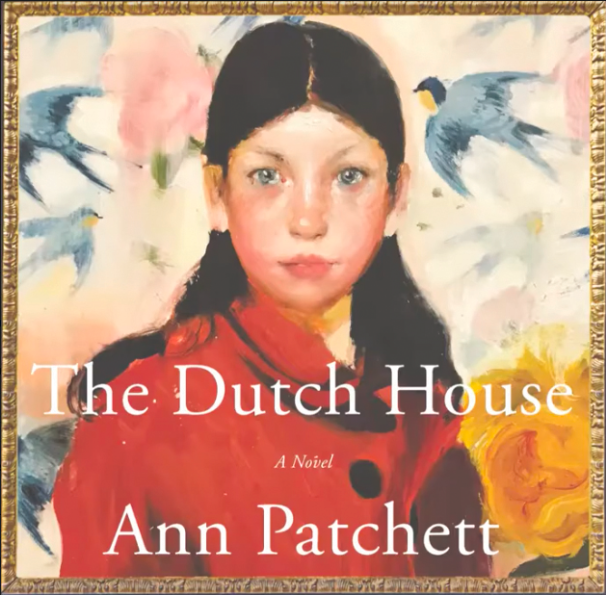 “The Dutch House” by Ann Patchett is a mash-up of fairy tales with a dark twist spanning over five decades. This book follows the lives of two siblings, Maeve and Danny Conroy and is told from Danny’s perspective, who is sometimes oblivious to the world around him.

However, he paints a vivid description of their lives and makes it clear that his sister is his hero.

Cyril Conroy, Maeve and Danny’s dad, is a self-made real estate mogul. He purchases a mansion for his family in the mid-1940’s that was built by a Dutch couple in 1922 –– hence the title of the book –– and considers this purchase a reflection of his success. A few years later, Cyril meets and marries Andrea, who is nearly 20 years younger and more interested in the Dutch House than him. Andrea assumes the role of an evil stepmother to Maeve and Danny and gains control of Cyril’s assets upon his death years later. Maeve and Danny are kicked out of the house and are left to fend for themselves as they navigate the world together.They regularly visit the Dutch House, parking on the street to gaze up at their former home –– a routine they follow for years.

The sprinkling of fairytale influences, including “Cinderella,” “Hansel and Gretel” and “The Little Princess,” make this modern-day dark fairy tale a warning of the potential treachery when one encounters both wealth and poverty.

It is critical to note that the house takes on an important role in the book, almost as if it is a character. The house symbolizes the success of Maeve and Danny’s dad, the demise of their family and the betrayal of their stepmother. Maeve and Danny have a solid bond that keeps them close throughout school, college, careers, health issues and relationships, yet the house continues to lure them back to how their lives used to be and could have been. I think the story would’ve benefited from having a proper name for the house rather than calling it “the Dutch House.”

Tom Hanks narrates the audiobook edition of this novel and his voice draws you in, commanding your attention. He exudes feeling and personality in his narration, making it seem as if you are listening to a friend telling a story rather than an audiobook recording. The story constantly jumps from childhood to adulthood and back as it is not written in a chronological manner. This writing style forces the reader to pay attention to the story. I found it helpful rather than confusing to gain the additional tidbits of Danny and Maeve’s lives –– it felt like putting the pieces of a puzzle together.

This Sept. 24 release is Patchett’s eighth novel and has garnered quite a buzz as the October book for NBC’s Today Show Read with Jenna Book Club, led by Jenna Bush Hager. This book club includes an online community on Facebook and Instagram and helps people keep up with fellow readers using the hashtag #ReadwithJenna. Happy reading!