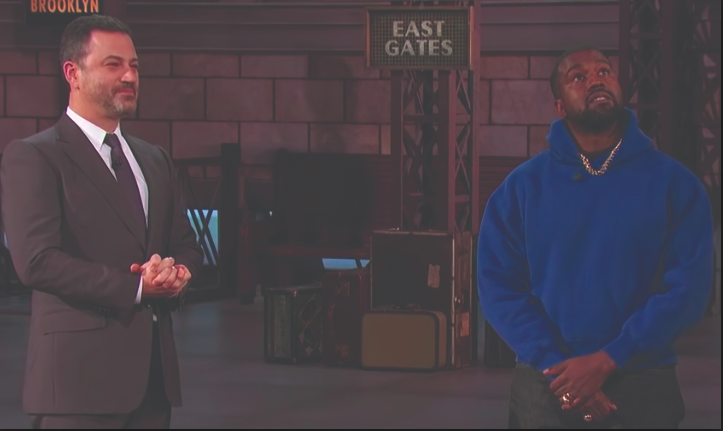 Kanye West, the outspoken Chicago rapper and producer, is arguably the most influential artist of the past 20 years. For the first time in his career he released a full Gospel album, but despite his good intentions, there is not much of a sense of rebirth.

After the brief introduction of Kanye’s Sunday service choir, the second track, “Selah” is the first full song on the album. The production was epic with church organs, thunderous drums and choir in the background. Kanye’s delivery and words match the intensity of the music.

Despite a few lines as his overly confident self, he did a great job painting the picture of Heaven and his new relationship with God. It sounds like he took some ideas from the “Yeezus” era.

Unfortunately, the album takes a not-very-Christ-like turn for the worse. On the third track “Follow God,” where Kanye is yelling at his dad, trying to give him “Christ-like” advice, comes off as childish. Kanye’s lyrical shortcomings do not stop here, with some lazy bars and delivery on “Hands On.” “Said I’m finna do a Gospel album, what have you been hearin’ from the Christians? They’ll be the first one to judge me, make it feel like nobody love me.” First, why does he care? Second, whining like this sounds like he is losing focus on what he is trying to accomplish here.

“Closed on Sunday” is no better. It starts with a dramatic guitar that creates a dark and mysterious atmosphere, that garners curiosity for the upcoming verse. However, any expectation is completely ruined by Kanye’s repetition of “Closed on Sunday, You My Chick-fil-A.”

The verse continues to reek of cheese. Between this song and “On God” or “Everything We Need,” Kanye’s take on Gospel club music screams “Hey kids! It’s hip to be religious!”

Nevertheless, there are some high points on this project. “God Is” displays a raw and powerful energy –– from Kanye’s cracking voice to the moving chord progression –– and seems to be his best representation of Christianity in the album. “Use This Gospel” with Pusha T and his brother No Malice’s experience with faith was featured on this track which seems to be one of the most tasteful rap verses on the album, along with the classy production and saxophone solo.

To be frank, the album is a bit of a mess. Although some points on the album are very high, Kanye’s lyrical input and performance wastes a lot of the great production ideas. It makes me nervous for his future projects. Despite this being his worst project to date, there are elements he can build upon for this new chapter in his career. Hopefully, next time he can capitalize on them and potentially understand what it’s actually like to be Christian.