Coffee Conversations: From Roomates to Sisters 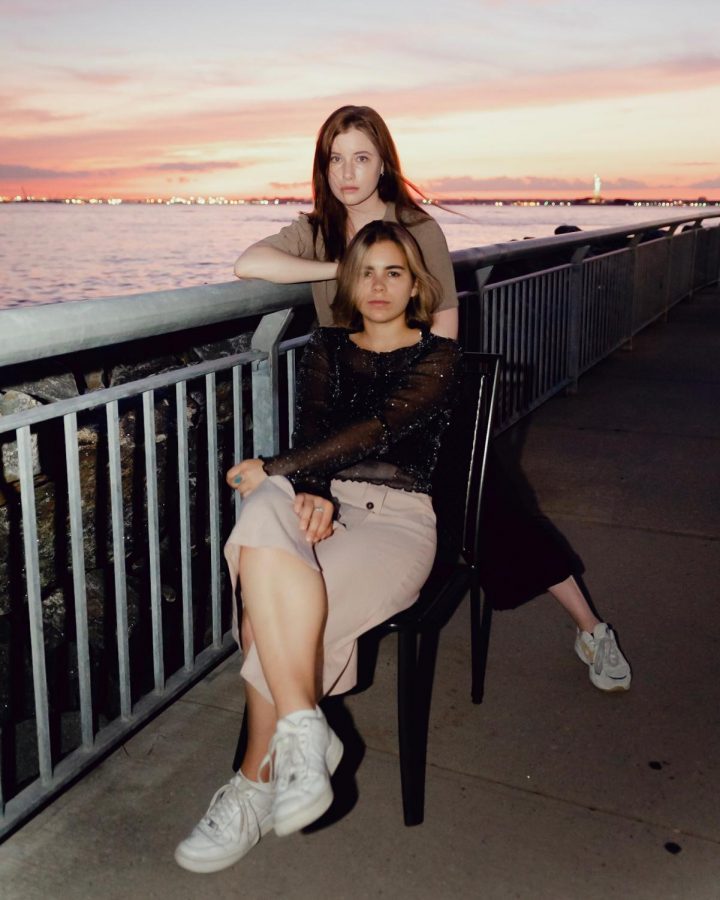 Some people are destined to meet one another. Ceci Sturman and Hannah Pruzinsky co-created the indie music group Sister. They first met at St. John’s University in their first year as roommates in Donovan Hall. Five years later, they are still roommates, but are now based in Brooklyn after graduating in 2018 (Pruzinsky, a Physician Assistant, and Sturman, an English and Politics major, respectively).

Although the public’s perception of musicians tends to be that artists are born with an intrinsic sense that music would become the cornerstone of their life, Sturman and Pruzinsky describe their paths to becoming artists as more free-flowing than deliberate.

As a child, Pruzinsky would often sing and saw it as a past-time rather than a realistic career. Sturman describes it as a creative outlet that originally manifested itself in poetry and prose writing; with time, these art forms evolved into singing and music. Sturman and Pruzinsky didn’t consider forming a duo until they jokingly wrote a birthday song together for Ceci’s birthday in August 2017.

Following their graduation, they both spent a month in Greece in refugee camps. During their time there, they volunteered and got to know the people affected by the immigration crisis personally.

They describe it as a humbling experience, which inspired them more as creatives because it enabled them to write more empathetic and raw songs.

During my interview with Sister, I asked them some questions about their recent debut, upcoming releases, their inspirations and advice that they could share with other budding artists.

Q: Where does the name “Sister” come from?

Pruzinsky: People have asked [us] if we are sisters, despite the fact that we don’t think we look very similar. We called ourselves it because of our level of closeness that has continued to grow since freshman year at SJU.

Sturman: We act similarly and all of our life spheres interlap and we share clothes too.

Q: What is the significance behind the lyrics “I can do anything or do nothing” in your debut single, “Chambers?”

Pruzinsky: There are a lot of obligations and expectations for women. “Chambers” is about allowing yourself to be your inherent being and not needing any other identifiers.

Sturman: But, the listeners get to decide who they are and how they get to exist. Having vague lyrics as well, allows the audience to identify with the song’s meaning however they want to.

Pruzinsky: “Chambers” is about the female experience and the many roles that a woman has to take on. The truest essence and self is when you are alone. “Chambers” focuses on allowing that true form to be who you are in all spheres, as well as who you need to be and who you need to share yourself as.

Q: Which songwriters and genres have inspired you most?

Sturman: Big Thief, Boy Genius, Sharon Van Etten, Angel Olsen, Bon Iver and Nicki Minaj’s verse in Monster. They don’t just have to be indie artists. We listen to a lot of synth pop, soft-punk and some rock.

Pruzinsky: I write poetry and go back and forth between producing new lyrics and editing others. The music tends to come afterwards.

Sturman: I actually do the opposite, I listen to music first, just strumming or playing the guitar and then adding melodies. Finally, I add words. When we first started making music, I was writing songs and Hannah would sing them because I thought she had the most angelic voice. Now we both write and sing. And we might start the songwriting process by ourselves, but we finish the song together.

Q: How do you guys compromise on what to add to the song’s lyrics?

Sturman: We write separate songs and somehow merge them together. “Internet Baby,” however, was written together from the very beginning.

Pruzinsky: Collaborating allows the influence and message of the song to grow.

Q: Do you ever see your politics going into your music?

Sturman: Yes, I think subconsciously we both will write for and from the perspective of someone who might not have the ability to express themselves. Inherently, the purpose is to write about being vulnerable and the ugliness of life and friendships. “Internet Baby,” which is coming out November, is about me asking Hannah to be her roommate at SJU in freshman year.

Pruzinsky: It’s silly, but also explores the dynamics and identity within a friendship.

Q: Who should listen to your music? Who do you believe will connect best with it, aside from Indie-music lovers?

Pruzinsky: I think we often attract a younger crowd, people similar to ourselves.

Sturman: Yeah, I think we’re all young and angry (about Climate change, immigration, you name it), or at least I am. We believe that while our music can be heard by anyone, it’s geared specifically for open-minded individuals in their 20s. Not gender specific and sort of angsty.

Q: Do you have any advice for college students/recent grads who want to pursue your music?

Sturman: Just do it. Take away pressure from it. If you look at music with the perspective of: “This has to be something, this has to go somewhere, this has to be my life,” there’s no joy in creating it. Allow yourself to process and ask yourself questions.

Pruzinsky: Also, by learning more about yourself, you can do a lot of different things with music. In college, write down everything you’re feeling. Looking back on what I journaled, [I’m] like “wow.” Tumultuous time. Emotions are so vivid. Journaling is really helpful. It’s important to give yourself that outlet. You never know what can come of it.

Pruzinsky and Sturman both describe themselves as perfectionists, which makes it difficult for them to establish a time to release the music; they’re constantly thinking of ways to elevate it even more. Pruzinsky shares that they both feel pressured that it won’t live up to what they had initially believed in.

Sturman, with slight laughter, said that she didn’t listen to their song until a month after it had been released. As their music careers have gone on, though, they explained that they are both learning to appreciate their music for what it is.

Want to listen to SISTER.? Their debut single, “Chambers” is available on all major streaming platforms and you can follow their journey on Instagram @sistermusicnyc. Their next single, “Internet Baby” is set to release on Jan. 3, 2020.