On the Journey to Neverland with SJU’s Chappell Players 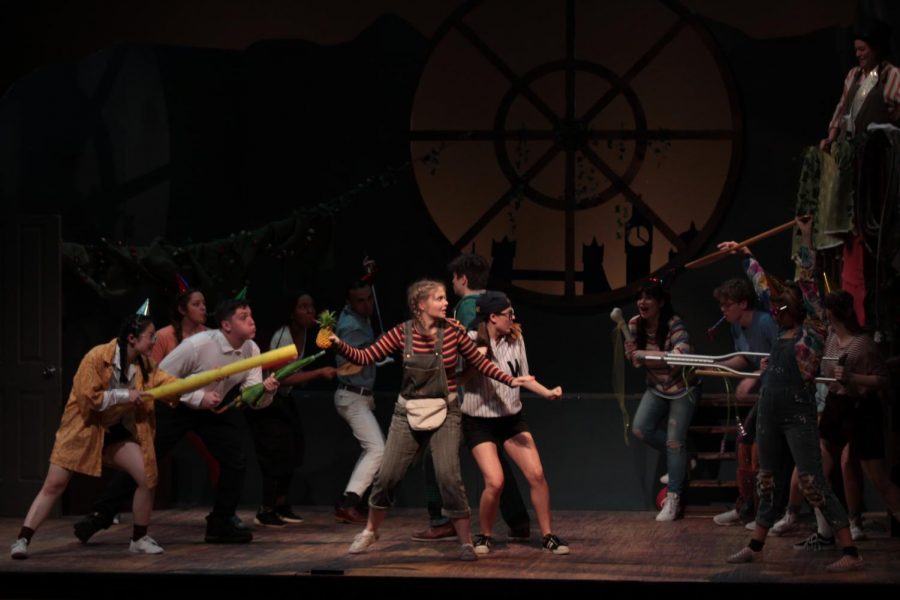 On Feb. 13, 14 and 15, you can be transported to Neverland right in the Little Theatre. St. John’s University’s premiere theatre group, the Chappell Players, will be performing “Peter and the Starcatcher,” a play based on the 2004 novel of the same name.

“Peter and the Starcatcher” is the origin story of Peter Pan and the prequel to “Peter and Wendy.” The story chronicles Peter’s adventures at sea with a girl he befriends, Molly, as well as a number of other colorful characters. Peter Pan’s exciting adventures introduce a different, unseen side to the characters that people are already familiar with and have grown to love.

With less than a full month to rehearse, the members of Chappell Players have put a lot of work and commitment into this performance –– and not to mention a lot of late nights. “It has been a short time, and a hectic time, but I’m happy with what we have now,” Danielle Urban, co-assistant director and sophomore Communication Arts major, said . “It’s definitely fun, and also funny and whimsical!” After diligently rehearsing for six days a week and countless hours, the Chappell Player members are ready to have audiences in the Little Theatre to witness what they have been working so hard on.

Co-Assistant Director Christopher Alessandro, a junior History major and a member of Chappell Players for the past two years, is looking forward to opening night when audience members will get to see the nonstop work of the Chappell Players finally pay off. “I am most excited for people to watch the transformation of the characters they already know. It’s a nostalgic, adventurous and fun show,” he said.

Three weeks after beginning rehearsals, the show has certainly come together in a fantastic way. The Chappell Players worked tirelessly to create a remarkable set design, featuring an impressive wooden sculptural piece and the shadow of a city skyline in the backdrop. The dynamic design is not limited to just the set, it also includes the vibrant costumes. Some of the standouts include Teacher, the colorful mermaid complete with a mythical mermaid tail, and none other than Mr. Smee, with that famous bright, striped shirt. However, the cast is the real highlight of the show. All of the cast members truly embody the quirks and personality of their characters, which makes the story come to life in an exciting and entertaining way. What’s more, all of the character’s accents in the show are perfectly executed – it is a treat for both the eyes and the ears!