“Parasite” Provides Pristine Platform for Asians in the Arts 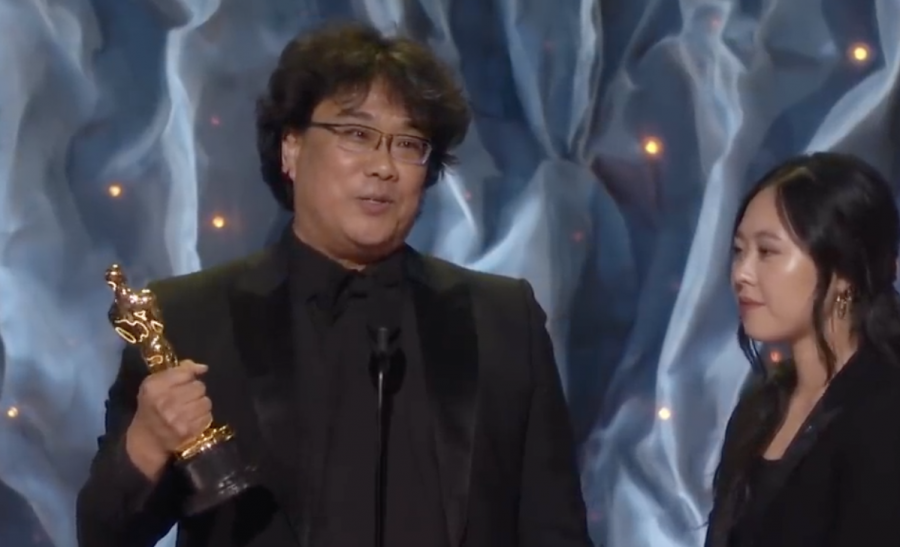 Bong Joon-ho obliterated the bamboo ceiling, the barrier that faces Asian-American professionals every day, at the Academy Awards on Feb. 9 with his film “Parasite,” the first non-English film and first South Korean film to ever win Best Picture. Although the Academy Awards have been around since 1929, there have only been eleven non-English language films nominated for this category in history; the Oscars have been criticized in the past for the traditional “whiteness” of the nominees and lack of inclusivity at the event.

“Parasite” also picked up Best Director, Best International Feature Film, and Best Original Screenplay. Bong is the first to have been awarded four awards in one night since Walt Disney, who set the record in 1953. Bong’s film is one of the most original of the last decade, dealing head-on with serious social issues regarding class, poverty and wealth, but in a comedic and horrifying way. Throughout the movie, Bong uses staircases as a metaphor for the challenge of climbing out of poverty. The film sends the message that the real conflict in society isn’t the rich pitted against the poor, but the poor fighting against one another as a means to “stay afloat” in society. Additionally, hope for a better future is what eats away at the poor more than anything else.

Likewise, Asians are pitted against one another to fight for a single “token” role in a movie, as if having one person of color suddenly renders a cast diverse. Too often, those of Asian and Pacific-Island heritage are marginalized within the acting and film industry. They are usually confined to playing static, one-dimensional roles, as if Asian-Americans aren’t already assigned to certain stereotypes such as being “good at math” and “quiet.”

This is why this film’s wins are so monumental: they symbolize a turning point in the types of films recognized by both the Academy and ordinary movie go-ers. Bong’s win will undoubtedly open many doors for hopeful Asian actors and artists all over the world, as well as inspire future filmmakers to craft pointedly political and social messages within mesmerizing scripts and visuals. Additionally, seeing people who look like me and are of Korean heritage on the silver screen is touching on an emotional level, a testament to what I am capable of.

The Office of Moon Jae-in, the President of South Korea, released a statement on Twitter regarding “Parasite” winning four Academy Awards: “[‘Parasite’] reminds us of how touching and powerful a movie can be. The government will stand with those in the film industry so that they can stretch their imagination to the fullest and make movies free from worries.” One can only imagine how the film industry will grow in South Korea with Moon’s full support behind their creative endeavors, and similarly increase exposure for Asian art and culture.

“I think we destroyed the barrier too much!” Bong said, via translator Sharon Choi. “I think it’s great in life when things happen so fast and that’s what’s happening tonight.” Koreans and Asians all over the world have high hopes that this progress will continue long into the future, bringing the long-deserved recognition that Asian artists have been waiting years for.