P.S. Maybe I Still Love You?

Netflix releases part two of “To All the Boys” 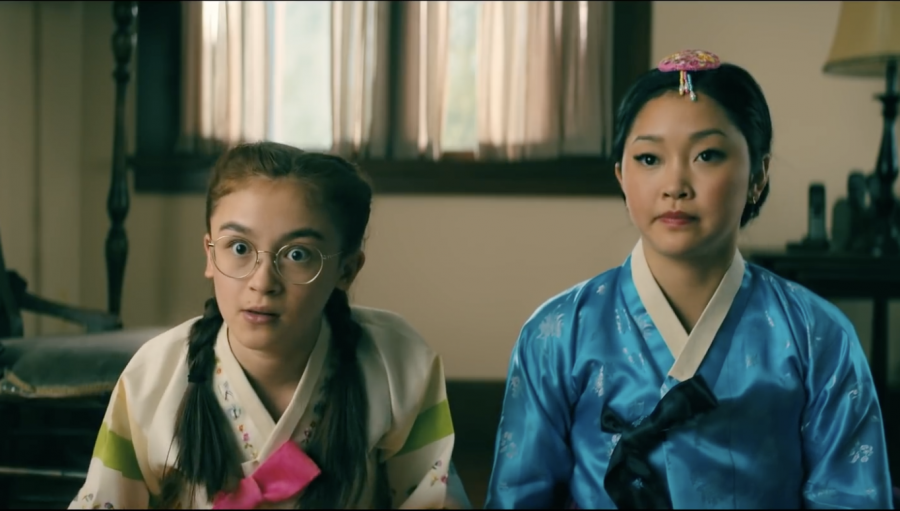 Lara Jean Covey and Peter Kavinsky stole the hearts of many, including my own, through their fake-turned real-relationship when “To All the Boys I’ve Loved Before” took Netflix by storm back in Aug 2018. It was a miracle to many when Netflix announced the movie would turn into a three-part series. But wait no more, part two of “To All the Boys” hit Netflix as a pre-Valentine’s Day gift on Feb 12. Based on the first movie’s post-credit scene, audiences knew John Ambrose McClaren would be sneaking back into Covey’s life. I had to find out why. To mess up Kavinsky and Covey’s newfound love perhaps? Maybe, but I must warn you, there are spoilers ahead.

As I watched the movie, my excitement quickly became disappointment because of how extremely awkward it was. Whether it was from Lara Jean and Peter’s official first date jitters to their overall interactions, the dynamic threw the whole exposition off. It was not the fun, bubbly relationship seen in the first movie anymore. The movie tried its best to create cute scenes like a romantic date or Petery giving Lara Jean’s little sister, Kitty, a flower, but the effort was lacking. When Peter and Lara Jean had their first fight, rather than feeling angry or upset, it was just uncomfortable. From the writing to the mere acting, it was a failure.

That being said, the movie was not a total flop. There were some butterfly-igniting scenes just like the first movie. Whether it was Lara Jean and Peter’s conversation about “base-jumping” or Lara Jean rekindling her childhood friendship with Gen, it helped keep the movie afloat.

There was also more character development of some more minor characters like Lara Jean’s dad, Dr. Covey, and her best friend Christine. Dr. Covey sparks a love interest of his own from the neighbor across the street, with a little help from Kitty of course. Christine begins to date one of Peter’s best friends, which, based on the first movie, is a complete 180 turn for the character, but it works. An outcast and a popular jock? Captures the audience’s heart every time.

One of the best aspects of the movie was the depiction of a first break up. The details instilled made it even more believable. Lara Jean goes through all the stages of a breakup, From wanting to lie in bed all day, to dressing in dark comfy clothing, which is a stark contrast to her usual bubbly and quirky personality. Her cereal choice even changed from Fruit Loops to Cheerios. Anyone watching can feel her pain and relate to her. However relatable her break up may be, it was quickly ruined by a lip-syncing sequence in her school hallway.

However, the end of the movie redeems itself. Anyone who loved John was happy to see his and Lara Jean’s dance and kiss in the snow, but Peter still won. Rightfully so, as we see him in a different light –– rather than having girls chase him, he chases after Lara Jean.

The series is not written off for me just yet. I still absolutely adore the first movie and am excited to see how the story wraps up in the end. The only thing left to say is, are you team Peter or team John?