The Weeknd Confronts His Past and Future in “After Hours” 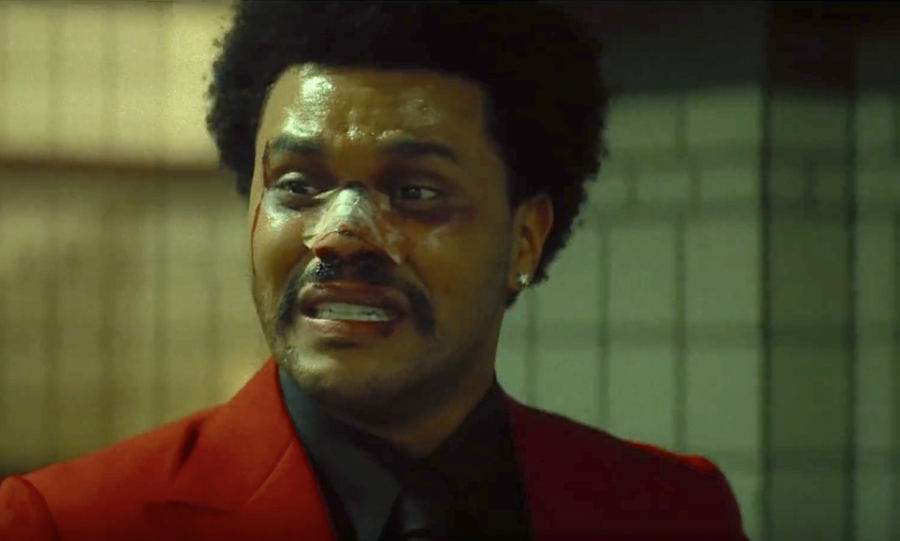 The Weeknd stars in the short film for the “After Hours” album released on March 4. PHOTO COURTESY/YouTube The Weeknd

“After Hours” seems to be The Weeknd’s return to reality, following his car-crash in “Blinding Lights” which resulted from a drug-filled bender in “Heartless.” The near fatal-accident portrayed in “Blinding Lights” was nothing more than a mere nightmare induced by his last lover. “After Hours” addresses a past relationship that concluded in heartbreak but alternatively serves as a sorrowful apology intertwined with hope that the two can reconcile.

“After Hours” which came out on Feb. 19, follows the releases of The Weeknd’s 2019 singles — “Heartless” and “Blinding Lights” — in preparation for the drop of his fourth studio album “After Hours.” His latest single’s cover is sinister, with dark tones abruptly interrupted by the artist’s glaring, toothy grin full of blood. The Weeknd, whose real name is Abel Tesfaye, first attained worldwide fame for his tracks “Can’t Feel My Face,” “The Hills” and “Starboy” in the 2010s.

Musically, “After Hours” seems dark and disfigured. The lyrics “falling in too deep” echo so intensely that it sounds like Tesfaye is singing from a hole in the ground. It may represent how his own addictions buried his purpose. The song is six minutes long, butthe repetitive nature of the lyrics could be a metaphor for how Tesfaye can only yearn for a better life, but has no intention of accomplishing such desires. The lyrics “I’ll risk it all for you/I want you next to me/This time, I’ll never leave/I wanna share babies” make it clear that he’s hit a turning point in his life — he wants his lover back, and a family, too.

At five minutes, percussion stops as Tesfaye introduces a new melody in the bridge, to emphasize his words. This transition from generic noise to just his voice parallels his experience of clarity about his relationship over time.

Together, the three tracks touch tentatively on Tesfaye’s own view of fatality, heartbreak and anguish which have been explored in his earlier music. In the recently released “short film” for “After Hours,” the Weeknd’s loss and pain is too much for him, as he repeats the cycle, overloading his senses as a way of coping whilst attacking others. The song is both catchy, but easy to forget about and full of “empty words,” similar to white noise.

The Weeknd will be dropping his album “After Hours” this year. In July, he will be performing at the Barclays Center in Brooklyn and at Madison Square Garden in September.