Coasting Through Ventura: One Year Since One of Anderson .Paak’s Finest Albums 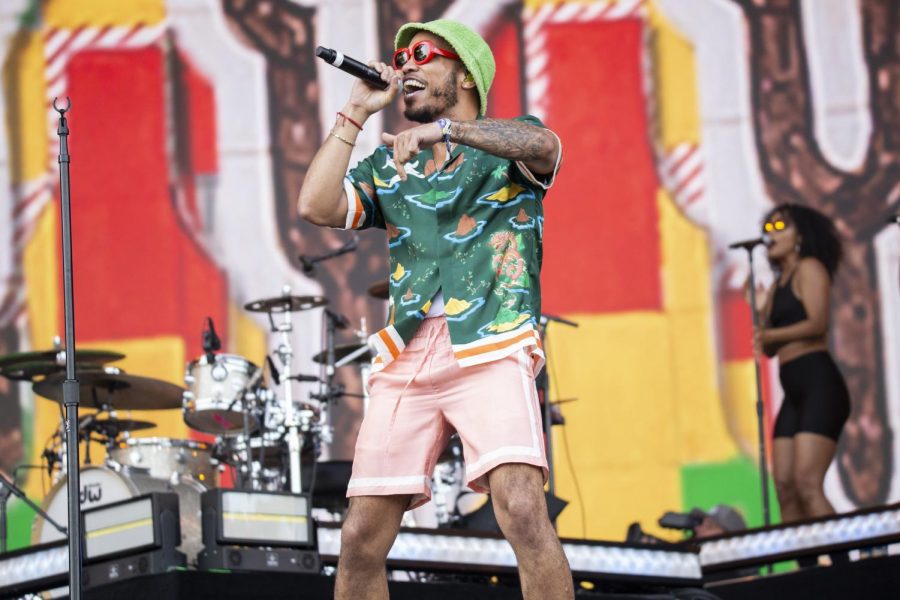 I’ll never forget the day I received a text from an old friend asking if I had listened to “Ventura” by Anderson .Paak. It was a little over a year ago. I was drowning in school work and honestly hadn’t been giving too much attention to my Spotify. The album dropped on April 12, 2019, and by the time I received that text, days had gone by since its release. So in short, no, I hadn’t listened to Ventura before that moment.

But then I did. Minutes after receiving that text, I hopped in my car, pressed play and got on the road. I was heading home from campus for the weekend, and I certainly wasn’t going to turn down the help of a new album to relieve some of the agony of driving down the Northern State Parkway.

When the first note of “Come Home,” the album’s opening track, played through my speakers, I nearly had to pull over. I screamed. I was hooked. What kind of a genius could put together such a smooth, groovy, funkified album and make it sound effortless from track one?

In fact, I was so hooked that the minute I walked into my home that day, I bought tickets to see him in concert — he was bringing his “Best Teef in the Game” tour to Madison Square Garden the next month.

Though this album deserves it, I’m not going to go track by track for this delayed but necessary review. To this day, this album sits atop the slim list of albums that I can listen to from start to finish without pressing skip.

Paak is a mastermind, and while his previous album “Oxnard’ was scolded for being too ambitious by many of the industry’s top critics, he allowed his genius to shine once more with “Ventura.” It is a reclaiming of what once was: the stone cold grooves, funk and raw style that he is known for across the board.

The euphoric instrumentals of “Make It Better” can almost make you forget the desperation behind the lyrics, which tell the story of an attempt at rekindling an old romance. It’s as smooth as butter. Never been heartbroken? This song will make you feel it. Did I mention Smokey Robinson is on the track? Again, the man is a genius.

Songs like “King James,” “Twilight” and “Jet Black” allow Paak’s gritty vocals to slide over piano riffs and solid drum patterns. Yet, meaning is never lost. “King James” is an ode to Lebron and all that he has overcome to rightly earn the nickname of “King,” but the song also serves as an act of protest. “Jet Black” invites us into a brief, drunken one night stand, while “Twilight” tells of the sturdy and committed love that keeps Paak grounded.

The last track on “Ventura,” appropriately titled “What Can We Do?” features the late Nate Dogg, who was known for his ability to deliver a blend of R&B and rap on a single track. There couldn’t be a better way to end Paak’s fourth studio album, which took home the award for “Best R&B Album” at this year’s Grammy Awards.

It’s been a little over a year since Paak dropped this gem and a year later, I am here writing an ode to it in the midst of all the chaos going on in the world. Putting on “Ventura” helps things feel a little bit better. It’s like coasting through sunny Ventura, or being able to find pleasure in the jagged lanes of the Northern State Parkway.