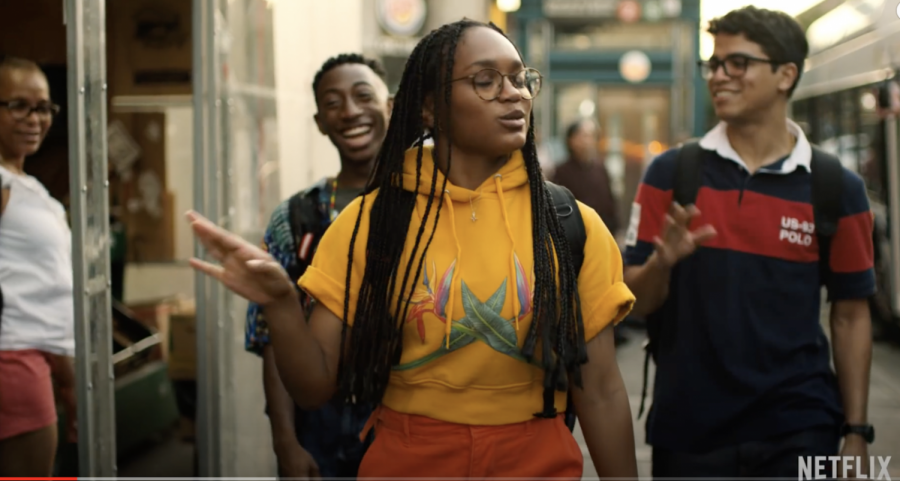 After the murder of George Floyd at the hands of Minneapolis police officers, protests against police brutality sparked across the world. People have taken action in the streets and on social media to support the Black Lives Matter movement.

As protests continue nationwide, you can show support not only by signing petitions and donating to organizations, communities and families, but also by educating yourself about the issues of racism and police brutality.

Fortunately, Netflix has many documentaries, films and TV shows to help you better understand the issues:

This documentary follows the 1992 murder of William Ford Jr., a 24-year-old black high school teacher, by Mark Reilly, a 19-year-old white male. It is a powerful story that centers around the grief and racial injustices William’s family experienced  while watching the police and court turn their son into a suspect in his own homicide.

Systemic racism has played a role in the creation of many racial gaps present in society. This episode of “Explained” discusses how injustices of the past shaped today’s economic inequalities. Experts speak about the growing differences in household wealth between minority communities and white communities.

Ava DuVernay’s documentary explores the issues of racial inequality as well as the confinement and mistreatment of African Americans in the United States. It examines the disproportionate amount of African Americans in U.S. prisons and prejudices they face through a collection of interviews with historians, politicians and members of the black community who’ve experienced being in prison.

“When They See Us”

This limited series is based on the true story of the Central Park Five, a 1990 case in which five black and hispanic teenagers were falsely accused of the rape and assault of a while woman in Central Park. Ignoring the concrete evidence that proved the innocence of these young men, they were wrongfully convicted and framed by prosecutors within the New York County District Attorney’s Office. They were sentenced to prison for varying lengths of time, the longest sentence being the 11.5 years that one of the men, Kory Wise, spent in prison.

This film tells the story of Kendra Conner, the mother of a missing teenager named Jamal. In this story, Jamal leaves the house one day to see his friends, only to never return or be heard from again. The film explores what actually happened to Jamal and breaches the reality of the many black men and women whose murders were covered up in order to protect the white police officers.

This film is based on the true story of Oscar Grant, a 22-year-old black man who was shot and killed by a white BART (Bay Area Rapid Transit) police officer in Oakland, California. This movie portrays the last day of Grant’s life, as a young lover, friend, son, father and his murder on the train platform of Fruitvale Station, surrounded by witnesses and recorded on cell phone cameras.

This series focuses on racial tensions several black students face while attending a predominantly white Ivy League university. Through the voices of the main characters, it highlights the injustices and issues that still infest today’s society using irony and humor.

This docu-series is based on the true story of Kalief Browder, a young man who was wrongfully accused of theft and spent three years awaiting trial in Rikers Island jail. After being mentally and physically abused by officers and inmates in prison, he was finally discharged without prosecution. During these years, he attempted suicide several times, and after his release, he took his own life.

In this film, science fiction is used to discuss police brutality. Two high school students, Claudette Walker (CJ) and Sebastian Thomas were in the process of building time-traveling backpacks when CJ’s older brother was murdered by a police officer. Once they successfully created their time traveling gear, they used it to go back in time to save CJ’s brother.

Today, there is a disproportionate amount of black people in jail; the gap in wealth between white households and minority households is widening, and general inequality plagues the American system. Watching these films and series makes one think about the true meaning of justice in America.