His last one: Late Bollywood actor’s film releases a month after his death 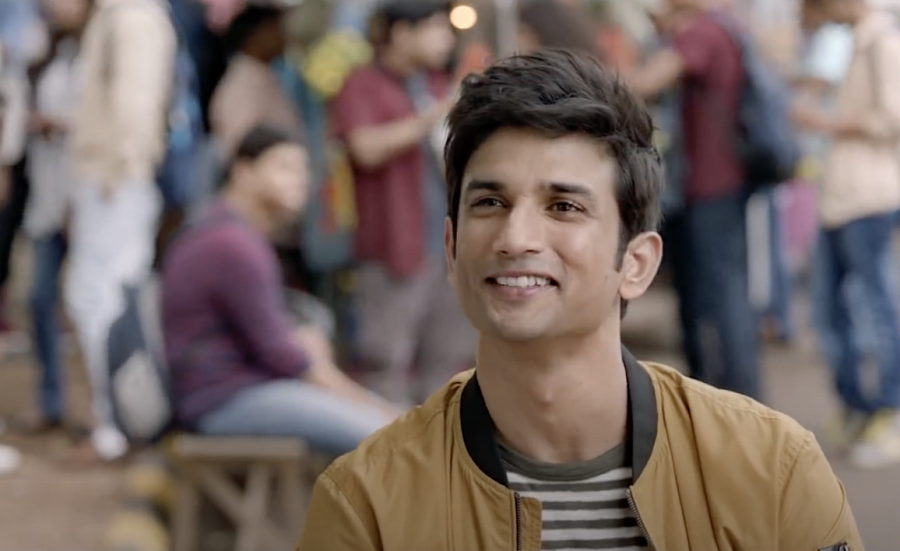 Not all love stories end on a happy note. There isn’t always a big glamorous wedding, glass slippers or a happily ever after at the end. Unfortunately, life –– and death, for that matter ––  just isn’t that predictable.

This is the story of Kizie Basu (played by newcomer Sanjana Sanghi) and Immanuel Rajkumar Junior (played by the late Sushant Singh Rajput). Their film, “Dil Bechara” –– which roughly translates to “Poor Heart” –– was released on July 24 on Hotstar, an online streaming service, for viewers around the world to watch from the comfort of their homes.

“Dil Bechara” is based off of John Green’s 2012 novel, “The Fault in Our Stars,” which is a heartbreaking story of two cancer patients who fall in love despite all odds. I found the title sequence to be the most impressive scene in the entire film: it was shot in a single frame. Three minutes of Rajput dancing, singing and jumping across the stage was shot in one go; not once did the camera take its eyes off him. What makes this film so much more meaningful and heartbreaking is that, like his character Rajkumar Junior, Rajput also left this world. Rajput was such an incredible actor with so much in store for him; it’s a shame that Bollywood got to him before he had a chance to spread his wings.

According to police reports –– which are deemed incomplete by not just me, but millions of fans worldwide –– Rajput’s death is an alleged suicide that took place exactly one month before the movie’s release on June 14. He was reportedly battling depression. However, social media platforms have been flooded with claims of evidence that disprove his alleged suicide from fans. From the inconsistent noose marks, to a video of someone sprinting out of Rajput’s apartment with a garbage bag in hand (allegedly filled with evidence) and the silence of Bollywood, the suicide ruling does not add up for many fans. On July 28, Rajput’s father filed a police complaint against Rajput’s girlfriend, Rhea Chakraborty, for not only potentially abetting in Rajput’s death but also for mentally harassing and financially cheating him. Furthermore, after almost two months of cries for justice, Rajput’s case was finally handed over to the Central Bureau of Investigation (CBI) on Aug. 6 for a more thorough and just investigation. Nevertheless, the incompetence of Mumbai Police and the nepotism and corruption that seeps through Bollywood’s seams and that of the Indian government are all important parts of an argument for another time and another article.

Rajput did not deserve such an ending at the age of 34. He was a scientist at heart, an actor, an avid reader, a philanthropist and so much more. Above all, he was a kind-hearted soul –– something that Bollywood lacks. Rajput was the “boy next door” who won the hearts of millions with his genuine smile and pure passion for acting. He had no legacy in the industry and worked his way up the ladder to get his face on the big screen –– the one dream of his that came true.

He used his Instagram as a platform to share his positive energy, inspirational quotes, poems and his love for learning. He even started an initiative in 2017, Sushant4education, to stress to young students the importance of education. To continue this endeavor, his family recently created the Sushant Singh Rajput Foundation (SSRF) to continue to support local talented students in cinema, science and sports –– the three fields closest to Rajput’s heart.

There is a song in the movie called “Main Tumhara” (I’m Yours) which was never finished by the singer. Being that it was Basu’s favorite song, Rajkumar Junior and Basu traveled to Paris to ask the singer why he never completed the song. Knowing that this film was Rajput’s last one, you can’t help but think how this parallels his unfinished life. We might never know why he left us so early, but our fingers are crossed as the investigation continues.

In an Q&A with Urban Asian at the 2017 International Indian Film Academy (IIFA) Award Show in New York, Rajput was asked from whom he drew inspiration. “From myself,” he replied. “‘Til the time you know the ‘why’ of doing what you do, you do not need inspiration.”

He was so passionate about acting and pursuing his dream that his motivation became his inspiration. It is true when they say that if you love what you do, you never work a day in your life.

I, along with fans worldwide, pray that Rajput gets justice and that Bollywood pays the price for taking a kind soul away from us. #Candles4SSR. May he rest in peace.