“The goal is to get big in film from my music video career.” 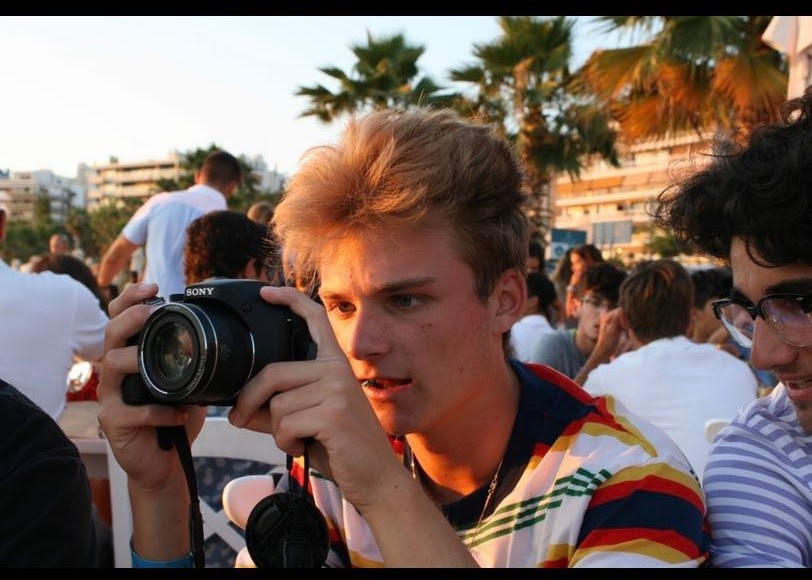 It is no secret that St. John’s University is located in one of the world’s largest epicenters for entertainment — New York City. Because of this, individuals flock to this city from all over the world to pursue their dreams. Some of them even walk this campus, and one standout is Constantine Kontos. Aside from his interesting name, Kontos holds an immense appreciation for the art of film. Kontos is from Mt. Lebanon Township in Pennsylvania and is in his first year as a television and film studies major. Kontos has been nominated for multiple film festivals in his home state where he was able to share his work with countless other film enthusiasts. He has many inspirations, from big names to underground artists, and looks forward to expanding his love for film here at St. John’s.

When asked a series of questions about his work, Kontos truly showcased his passion.

How did you get into film?

“I have always had an interest in film but more recently it has been music video-inspired, I have been filming my own videos and editing them in the style of a music video.”

How would you describe the style of your films?

“My style of film is a combination of both animation and live action, not animation in the sense of cartoon type animation but more digital editing with live action film. I don’t make the music myself, I just find songs and soundbites and make videos based on those sounds.”

What artists have influenced your work the most?

“Aesthetically I’d say ASAP Rocky, his videos have inspired me a lot, as well as an artist named White Trash Tyler who did the Travis Scott documentary on Netflix … as far as filmmaking goes, Tarantino and Scorsese are my favorites.”

Do you feel your work displays who you are as a person?

“Yeah, I think I’m able to envision a lot of good things and have a creative mind. I just do what I think would look cool and put that into my work.”

What do you want to do with your film experience, what are your plans for the future?

“I want to start off maybe doing music videos for rappers, then off of that move into more movies and TV shows but still keeping the same style as my music videos in my film career. The goal is to get big in film from my music video career.”

“One thing I need to improve on is quality, there’s only so much I can do with the programs I have on my Mac. I think at St. John’s I’ll have a better understanding of different softwares and different styles to experiment with. I also think I’ll have a lot of great opportunities for networking and meeting new people through St. John’s and being able to expand my work.”

The entertainment field can be tough to navigate. The ability to expose your creativity is extremely admirable, and as I saw in Kontos, there is great passion and pride in the work artists create. You can check out Kontos’ work on his Youtube channel and Instagram, both @scarygen.