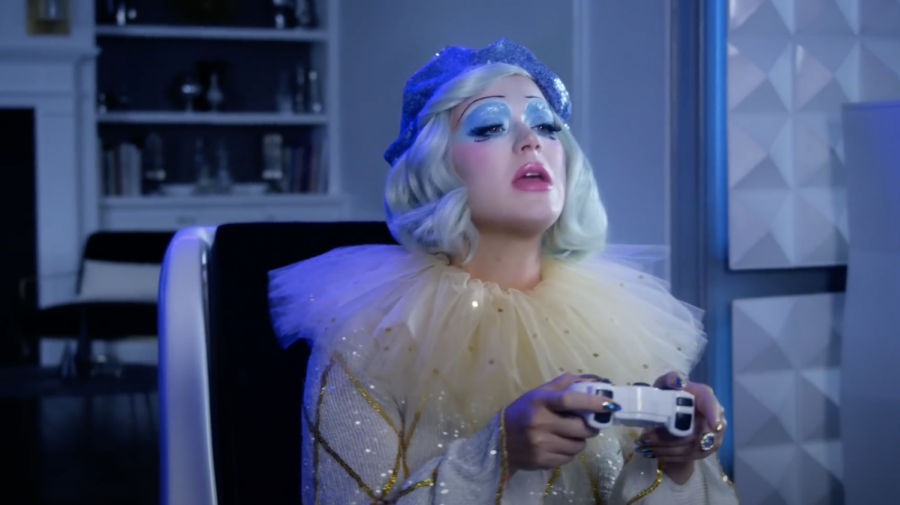 In the midst of the COVID-19 pandemic, Katy Perry’s latest album “Smile” attempts to inspire unwavering optimism and perseverance during hard times. “Smile” marks Perry’s first release since “Witness” (2017). “Smile” was inspired by her personal struggles as a musician and her public breakup with actor Russell Brand. The album tackles subjects such as heartbreak, resilience and recovering happiness.

The lead single off of the album, “Daisies,” was released on May 15, 2020, and followed by the second single, “Smile,” on July 10. The album also features two standalone singles “Never Really Over” and “Harley’s in Hawaii,” both released in 2019.

After several recent shortfalls in her career, “Smile” was a highly anticipated album. However, “Smile” falls short of expectations and instead sounds inconsistent and bland. The album lacks any real conformity besides the similar themes of each song. For instance, the songs “Champagne Problems” and “Never Really Over” are both about breaking up with someone repeatedly, but lack any other similarities. The production of both songs is completely incompatible, and the songs sound too different to be from the same artist. Although genre-bending is common in most modern pop albums, “Smile” fails to find a cohesive, unifying sound. For example, the track “Not the End of the World” is backed by a trap beat while the next track, “Smile,” features jazz instrumentals. This inconsistency makes each song sound as though it doesn’t belong on one singular album.

At one point in her career, Katy Perry was one of the biggest names in pop music. Her album “Teenage Dream” produced five No. 1 hits and is one of the highest-selling albums to date. The lyrics of “Smile” lack any substance, and it seems like Perry was playing it safe by replicating the lyrical formula of “Teenage Dream.”  For instance, the song “Cry About it Later” has repetitive lyrics such as “I’ll cry about it later … I’ll cry about it later … /Tonight, I’m havin’ fun … /Tonight, I’m havin’ fun.” Since the album was marketed as a very emotional and personal story of recovery, it’s very misleading to have shallow and detached lyrics. Overall, “Smile” fails to add anything meaningful to Katy Perry’s musical catalog and leaves her audience wishing for more.