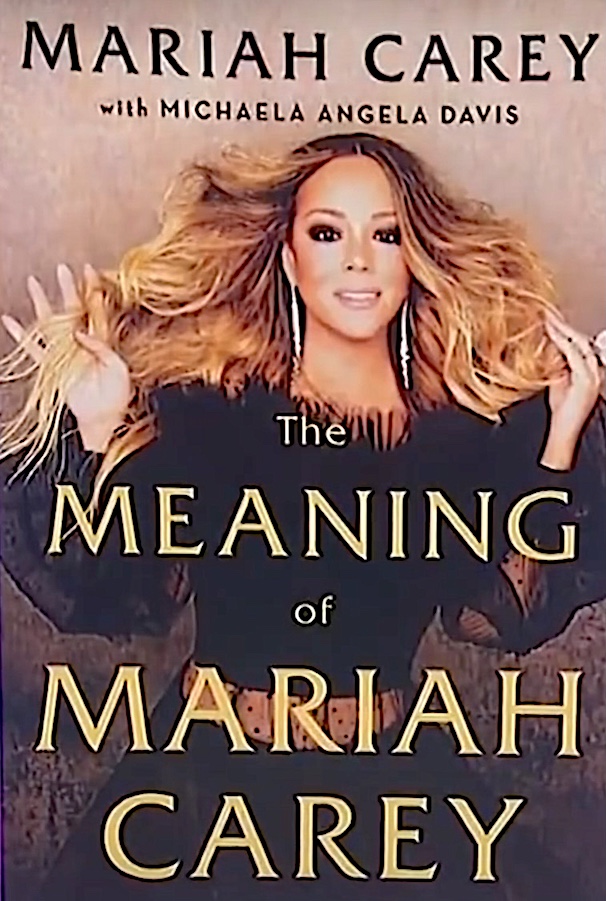 She’s been recording music, breaking records and making headlines for the last three decades — but do we really know the five-octave singer, songwriter and actress that is Mariah Carey?

“The Meaning of Mariah Carey,” Carey’s memoir, is an intriguing account of suffering, survival, finding oneself and living life unapologetically. The book was written by Carey and writer Michaela Angela Davis and released on Sept. 29 of this year. In its first week, it reached the top of the New York Times’ bestseller list. In this compelling memoir, the “Elusive Chanteuse” (a nickname of Carey’s and a nod to one of her albums) spills the beans, yet maintains an air of mystery.

As a child, Carey was the victim of racism from multiple angles. As the daughter of an Irish mother and African American and Venezuelan father, people often verbalized the fact that they could not tell “what she was” (in terms of the color of her skin and her race/ethnicity). Carey’s mother, a Juilliard-trained opera singer, was disowned by her own family for marrying Carey’s dad.  Mariah’s brother and sister were older and had darker skin than her, and even in preschool, Carey says student-teachers laughed at her crayon-drawn family portrait that portrayed her darker-skinned father and siblings.

Carey’s parents divorced when she was very young, and she grew up poor in the largely white, affluent suburbs of Long Island, New York, moving from one home to another with her mother. Even classmates Carey considered friends caused racial trauma in her young life; during a sleepover in the Hamptons with some white friends, the girls cornered her in a room and began calling her the “n-word” over and over again.

In the book, Carey discusses some of the drama behind her recordings and performances. The original version of her 2001 song “Loverboy” was supposed to sample “Firecracker” by Yellow Magic Orchestra. However, Carey asserts that her record company gave that idea to “another female entertainer on their label (whom I don’t know).” That other artist, who also hails from New York (specifically, a block from the Bronx) has become a superstar in her own right, but Carey to this day claims to not know her, and readers of this memoir will quickly learn why. She also explains the story behind her disastrous 2017 New Year’s Eve performance in Times Square. A bit salty, Carey does not hold back, her over-the-top diva personality radiating through the pages.

The audiobook is narrated by Carey, and a perk of listening to it is that listeners can truly hear the tone and inflection in her voice. She laughs in certain parts, has a heavy voice in others like she’s fighting back tears and says “darling” like a 1940s Hollywood actress would have said it — “dahhhling.” In addition, she inserts musical interludes throughout her reading, singing snippets of many of her hits and lesser-known tracks. As a bonus, she sprinkles in the backstory behind many of her songs that were inspired by  real-life experiences.

“The Meaning of Mariah Carey” emancipates Carey, setting her story free for the world, especially for her “Lambs” (the nickname she uses for her fans). The vulnerability, humor, wit and grit of the global superstar is compelling and the memoir provides a satisfying life story for anyone who’s ever been curious about Carey’s life.