Notable Novels: “His Only Wife” by Peace Adzo Medie 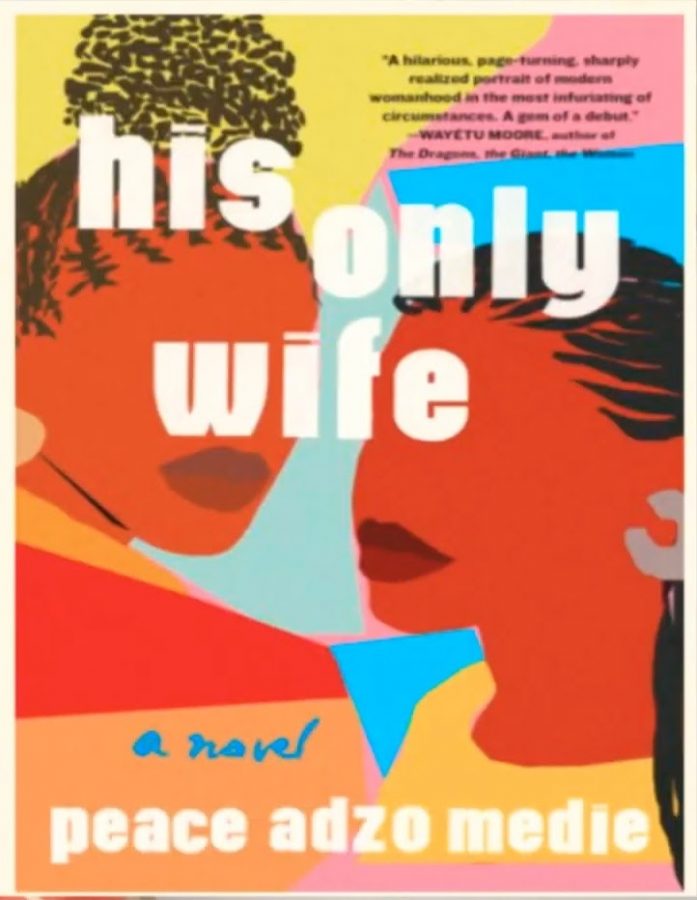 “Elikem married me in absentia; he did not come to our wedding.”

Imagine getting married, but your fiancé can’t make the wedding because of prior business arrangements. This is how the 2020 debut novel of Peace Adzo Medie starts off.. Written in first-person narrative, readers are introduced to protagonist Afi Tekple and follow her journey from a young girl to a young wife.

Set in a small town in present-day Ghana, “His Only Wife” follows Afi, a young seamstress who lives in poverty with her mother in her uncle’s house with his several wives and children. Afi is provided with an opportunity that seems almost too good to be true: to marry a young man, Elikem (Eli for short), from a prominent family. It seems a win-win for both families: Afi will live in luxury and pursue her dreams of becoming a fashion designer, while Eli’s family hopes that he will finally terminate his long-term relationship with a woman they don’t approve of. Just before the wedding, Afi learns of this other woman and the child that Eli has with her. Though Afi agrees to marry him, someone stands in for Eli as he is unable to attend his own wedding. Five weeks pass before they finally meet.

Afi moves to the big city of Accra, into a large apartment. Eli, however, remains absent; he has a house elsewhere in the city. His visits are sporadic and their relationship is slow to develop, but Afi falls in love with him. She grows frustrated in her inability to get Eli to break up with his lover, a Liberian woman who allegedly trapped him by getting pregnant.  Afi is pressured to not only be the perfect wife and mother, but also to turn a blind eye to Eli’s affair. As a friend of Eli’s tells Afi, “man wasn’t made to be with one woman.”

Although the lived experience of being a young woman, a wife and the life and customs depicted in the book’s Ghana setting may be unfamiliar to some readers, the concerns of fidelity and finding oneself resonate with readers from all backgrounds. Cultural norms, like having multiple wives, may seem contrary to how people live in the U.S., but these aspects of the novel  provide a window into what life is like in other cultures. Despite the possible deviation from what readers may consider being normal or acceptable, the themes of learning who you are, standing up for yourself and tackling tumultuous romantic relationships are universal.

Through heartbreak, opportunity and courage, Afi finds her voice, asserts her roles as a wife, mother and daughter and develops her talent as a seamstress, becoming successful in her own right. This novel embraces and celebrates a woman’s worth with a borderline feminist tone and addresses issues of fidelity and a woman’s empowered role within a family. Afi’s charm and spirit exemplify modern womanhood.

“His Only Wife” was published on Sept. 1, 2020, and is a Reese’s Book Club and Marie Claire Book Club selection.