The Community created by ‘Community’ 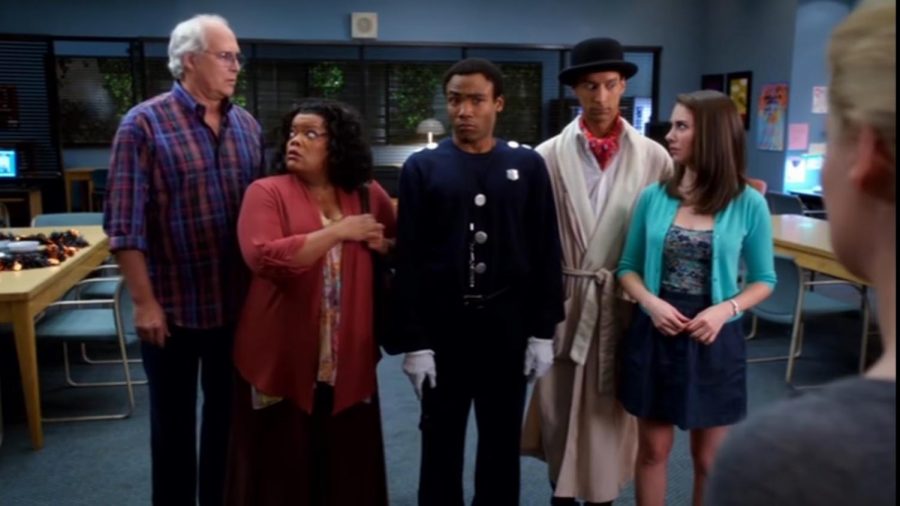 “Community” is a show that breaks the mold of a typical sitcom. It goes beyond what is expected from viewers and has been rewarded for this boldness. While the show ended in 2015, it has seen a resurgence in popularity as platforms such as Netflix and, most recently, Amazon Prime have added it to their libraries.

It follows a diverse cast of misfits that don’t seem to work together, but bond through their flaws in their attempt to study the Spanish language. All the characters are on a path they didn’t quite intend to be on, as students at Greendale Community College. The core group includes smooth talker Jeff Winger (Joel McHale), overachiever Annie Edison (Alison Brie), problematic Pierce Hawthorne, former football star Troy Barnes (Donald Glover), stay-at-home mom Shirley Bennett, activist Britta Perry and budding filmmaker Abed Nadir.

The show is not only funny and full of crazy misadventures but also has an authentic message that its audience has latched onto. It is a sitcom that makes fun of sitcoms and explores tired tropes all while being self-aware. The show is unapologetically itself and that’s why it has become a cult favorite and only continues to amass fans, as the topics it covers still apply today.

Dan Harmon, the writer and creator of “Community,” created characters that appeared simple on the surface yet had complex and layered personalities. This, along with the unusual and versatile setting of a community college, allows the show to break the bounds of network TV.

While the show was always on the verge of cancelation, it built a loyal fan base due to its unique and subversive writing. The show managed to discuss serious topics while also being light-hearted and fun. A popular aspect of the show is its ability to parodize things, seeking to mimic and enhance the situation or emotion at hand.

One of my favorite episodes is “A Fist Full of Paint Balls,” where the gang faced off in a paintball battle, this time as a westernfilm. They used the tension classically experienced in westerns to mimic the tension felt between Pierce and the rest of the group. This ultimately culminated in a traditional western duel, with Annie going up against Pierce: the show’s representation of good and purity battling its representation of evil and cynicism.

For many, the imperfect and unpredictable nature of the show mirrors the flawed and uncertain nature of the characters’ own lives and in turn our own lives. After the whirlwind of a year that we have all had, the resurgence of “Community” viewership shows its  continuing impact on its viewers.  The main takeaways continue to help viewers  cope with a multitude of things – the anxieties of growing older, finding one’s place in the world or simply, how to be a film critic.