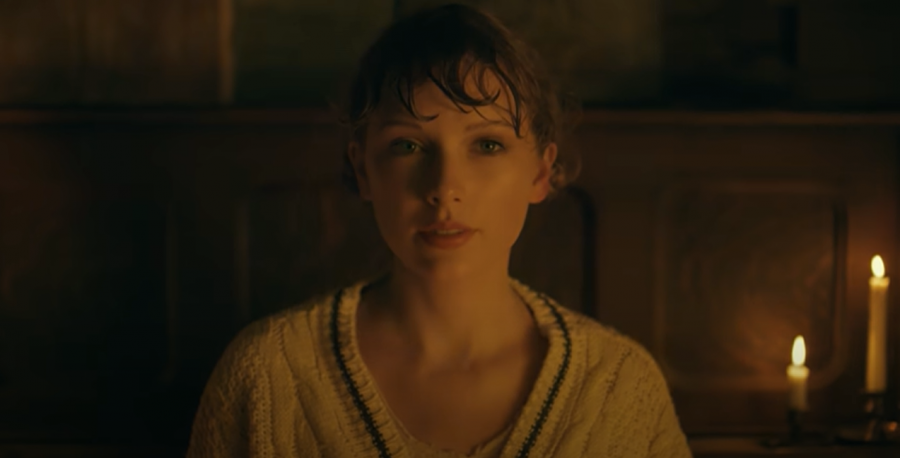 Just when nostalgia for my quiet summer nights spent listening to “folklore” classics away from crowds and pandemic stress was about to set in, Taylor Swift swoops in to end 2020 with one more magical creation.

Taylor Swift dropped “evermore,” a surprise sister record to her previous album, “folklore” at midnight on Dec. 11th. Many of her loyal fans were delighted to have been gifted a second album succeeding “folklore,” especially considering the rave reviews it received regarding hints of Swift’s country roots and stellar songwriting.

Clearly, Swift has not yet found the end to her folklorian journey and continues to wander deep in her poetry with tracks that tell stories of forbidden love and wanderlust in her ninth album “evermore.”

“There was something different with folklore. In making it, I felt less like I was departing and more like I was returning,” Swift wrote in an Instagram post following its release. “I loved the ways you welcomed the dreamscapes and tragedies and epic tales of love lost and found into your lives. So I just kept writing them.”

“evermore” sticks to the same roots of country and folk harmony presented in “folklore” and expands on the minimalistic production style of Swift’s music that highlights her ability to create  incredible storylines.

Along with the surprise record drop of “evermore,” Swift also released a new music video for the first track, “Willow.” The music video follows the whimsy settings of common folk literature as seen in “Cardigan,” a popular track from “folklore,” and the scenery is bombarded with roaming witches, magic, cottages and dark forests. ”Willow” showcases a pure love story birthed in old tale-type secret garden visits.

The tracks on the record are individually lavished with architectural details that build up incredible stories. Swift swarms in her poetic tales as she sings about unfaithfulness and murder in “No body, no crime” and entertains her darker, lower register alongside sister trio  Haim. Swift and Bon Iver reunite in the namesake track  “evermore,” a melancholic sequel to the heartbreak in their previous collaboration on a track from “folklore,”  ”Exile.” Listening to Swift’s empty recollection of feeling pain in the cold, brittle winter, I couldn’t help but note its striking resemblance to one of my all time favorites from the musical genius herself titled “Back to December.” It seems as if the track was meant to serve as an ode to the seasonal depression she recalls in early heartbreaks but with a positive twist as she sings “And I couldn’t be sure, I had a feeling so peculiar / This pain wouldn’t be for evermore.”

Swift melodically sings about her grandmother’s grace in “Marjorie,” which I found to be as delightfully heartwarming as every other song Swift has managed to beautify with personal anecdotal references. The mellifluous delivery embedded in the imagery on songs like  “Coney island” and “Long story short” only exist to assert Swift’s skillfully crafted writing.

My favorites from the album are  “Ivy,” “Coney island,” “Willow,”“Dorothea” and “Gold rush.” “Gold rush” has easily dominated my go-to playlist as it beats of heavenly vocals and hypnotic rhythm.

Swift’s journey in “evermore” details a more mature take on relationship issues than “folklore,” though it continues to swell in the comfort of folktale-like cottage charms. While “folklore” kept me company on sunny walks beside the pavement alone, “evermore” kept me warm in cold winters near the firestone.