Notable Novels: “They Both Die at the End” by Adam Silvera 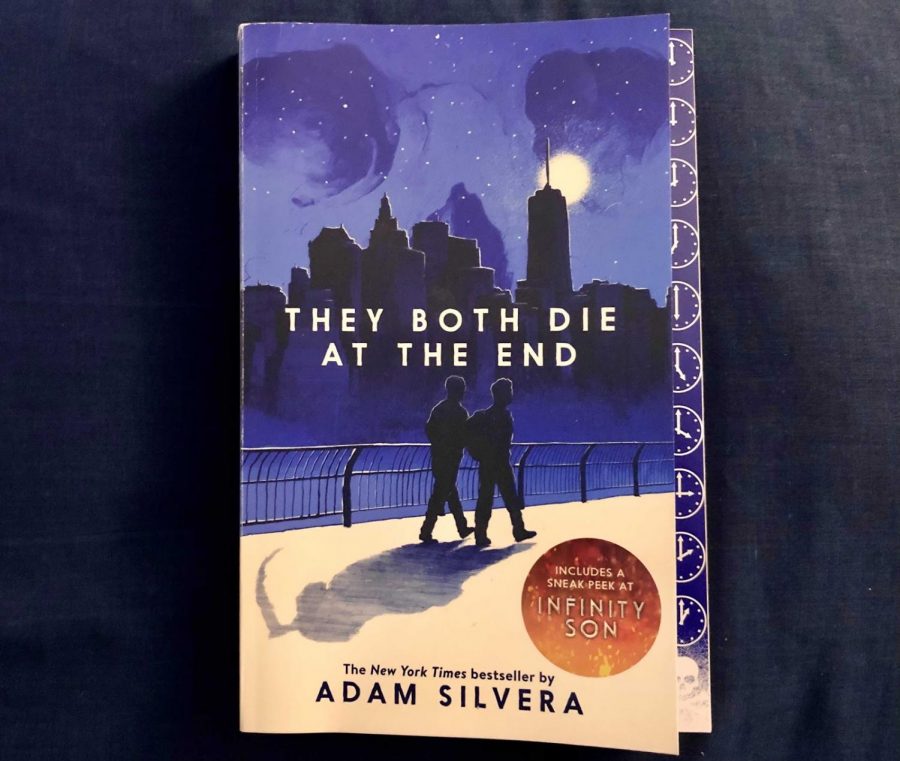 Imagine you get a phone call saying that you will die that day. That there’s no way to stop your death, there’s no way to get around it — you are dying that day. The call is meant to give you one last day to live life to the fullest. The two main characters of Adam Silvera’s 2017 novel, “They Both Die at the End,” Mateo and Rufus, both receive these calls.

Mateo is a socially awkward and introverted boy whose father is in a coma. He prefers to play video games and stay inside, despite the fact that he secretly wishes to party and become someone else in the limelight. Rufus, an orphan who lost his family in a car accident, is part of a tightly-knit group called the Plutos, who are all from the same orphanage. Rufus is quite the opposite of Mateo, with a dominant and confrontational personality and no qualms about saying what needs to be said — especially when the clock starts ticking.

People who receive these phone calls about death’s warning are called “Deckers.” Under unique circumstances and different external pressures, Rufus and Mateo both download an app that is designed to connect Deckers with one another for their last day on Earth. Rufus and Mateo connect and meet up in their hometown of New York City, with Mateo determined to have the best day of his life by exploring and leaving his dad and closest friends in better places than they were before. Rufus hopes to reconnect with a past lover and stand up for the Plutos one last time, all while creating one final friendship. Mateo and Rufus help open up one another: Mateo encourages Rufus to be more sympathetic and kind, while Rufus pushes Mateo to step out of his own comfort zones.

The book has a great base plot — who wouldn’t be intrigued by a novel where both main characters are destined to die at the end? The book is narrated from multiple perspectives from most of the characters, even minor ones, with the intention of showing how they are all connected to each other, despite their awareness of this connection. However, the actual execution of the story occasionally seems mundane, such as when Mateo and Rufus’ friendship takes a predictable turn into becoming a fleeting love story.

The ending of the book was both tragic and fitting. I think that other readers might feel that it didn’t fully tie up all the strings in a nice bow, but I think that the ending was an intentional decision by Silvera — to show that life doesn’t always end neatly, and that’s okay.

Silvera’s identity as an author — Latinx, born in The Bronx and proudly queer — also makes this novel a worthwhile read for anyone who is a part of the LGBTQ community, too. Overall, the book was interesting (and I ended up reading all 300 pages in one day), but some chapters felt more like fillers rather than plot development. For a book that spans the time of one day, it is a relatively exhilarating read.