Hades Lights a Fire in the Indie Game Underworld 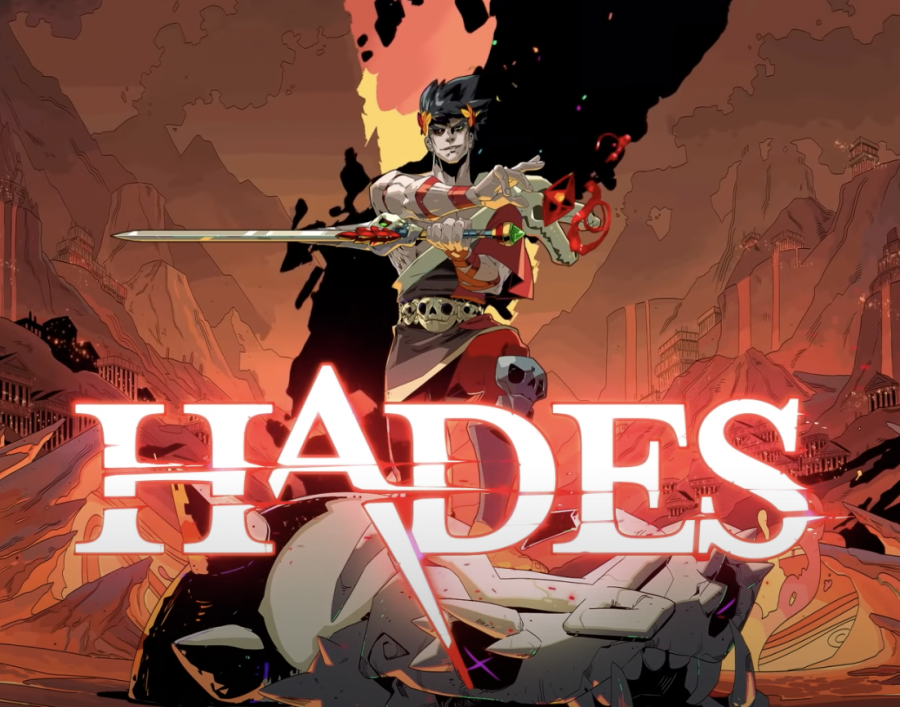 Have you ever wondered what it would be like to speak with the ancient Greek gods of Olympus? Or to fight alongside them in a desperate escape from the underworld? In Supergiant Games’ latest release  “Hades,” Zagreus is intent on fleeing his father’s hellscape once and for all. The son of Hades is not alone in this cause though, as along the way he is granted abilities by his divine friends to aid him in the grueling journey. Drawing elements from the roguelike genre, such as classic dungeon-style levels with procedurally generated elements, and RPG (role-playing game) story progression, “Hades” invites players to immerse themselves in the mysterious world of the god of death himself.

Set in the Underworld, the game begins with the protagonist at the starting line. It is the first of many escapes the player will attempt as the driving force of the game. Aside from the narrator’s ominous introduction, the goal is made clear through Zagreus’ witty remarks about his desire to leave Hades. This first run introduces some of the weaker enemies in the game, but even the most seasoned players will find themselves overwhelmed at some point. Similar to roguelikes, the roguelite genre is characterized by repeated trials in a mostly randomized environment. In short, failure is inevitable. However, in contrast to roguelikes, roguelite games like “Hades” provide opportunities between each run that make the game progressively easier. This can be achieved through upgrades such as the abilities from the Greek gods known as boons or the Mirror of Night. As Zagreus is led further into the Underworld, new enemy types and boss encounters consistently challenge the player to adapt to shifting environments. This enables the gameplay to become more complex as each run nears closer to the finale and minor decisions may be the determining factors of success. The unpredictability of “Hades” is one of it’s greatest strengths, making for an enjoyable experience even after you escape the Underworld.

“Hades” is not only filled with a variety of gameplay possibilities, but also features a cast of charming characters eager to discuss their affairs. There are always interactions to look forward to while visiting the House of Hades, the home of many creatures both friend and foe. With plenty of dialogue to be heard from each character, many scenarios rarely repeat and provide insight into their individual personalities. Additionally, gifting rewards you acquire from runs can be used for strengthening your bonds. As a result, hidden lore can be discovered in nearly every corner of the game. Aside from the amusing banter, the appearance of “Hades” including its character design and atmospheric landscapes are impressive. Conversations reveal the meticulously drawn interpretations of the mythological characters in a captivating art style. As you traverse through the underworld, the feeling of entering a new realm is indescribable as vibrant color schemes and detailed structures greet Zagreus. No matter where you look, “Hades” lures its players into its mystifyingly beautiful layout.

While “Hades” joins a series of other pivotal games in its genre, its innovative fighting style and unforgettable relationships create an addictive combination. For players unfamiliar with roguelikes, the approachable structure of the game allows for a multitude of playing style backgrounds to feel welcome. And if the concept of delving into the world of Greek mythology isn’t enticing, then perhaps its award-winning presentation is convincing enough to embark on a journey through Hell.