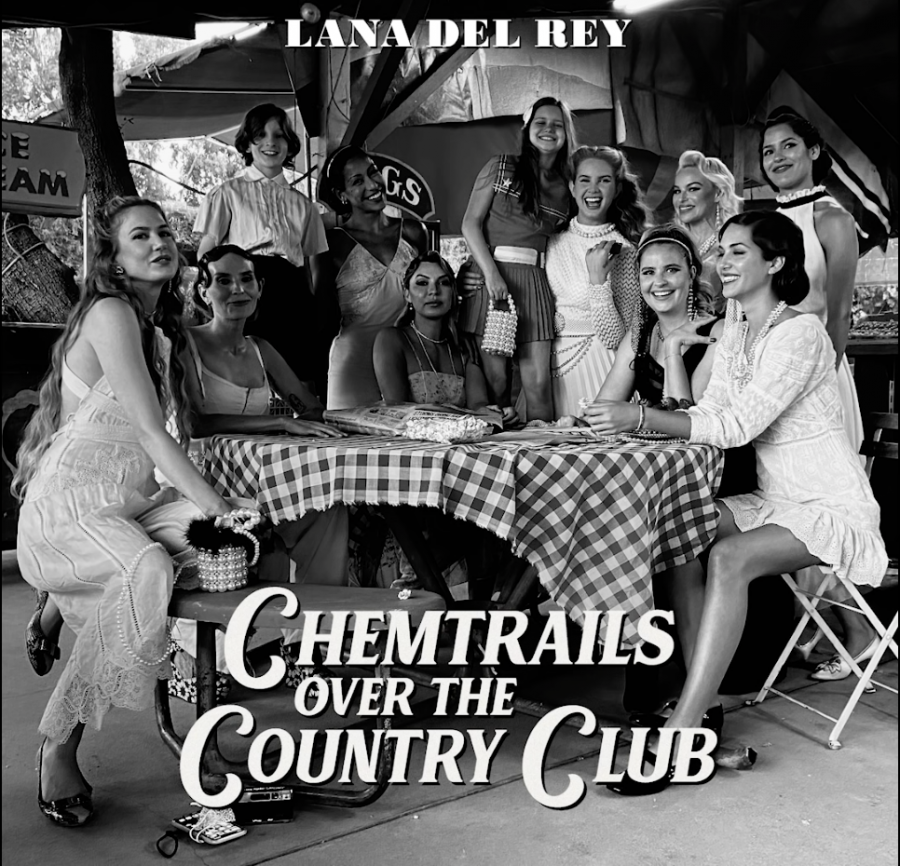 Despite months of what seemed like a downward spiral of her reputation, Lana Del Rey kept her promise and set a March 19 release date for her seventh studio album. Last month she released “Chemtrails Over the Country Club,” the title track and second single from her upcoming album, as well as the tracklist and album cover.

At that point, with just two songs, several lackluster music videos and questionable visuals, it was too hard to measure my excitement for this upcoming era – but that was before I heard the song.

The title track is easily one of the best songs Del Rey has ever made. I listened to it on repeat the day it came out and I was completely hypnotized. It was refreshing because it had the familiar sound of her earlier albums, when her music had a larger pop influence. It would be great if this new album had the depth of “Norman F––– Rockwell” and the production of “Born To Die.” This album marks a return for producer Jack Antonoff, who produced “Norman F––– Rockwell,”  and many fans are wondering if the new album will be fresh and different or just a continuation of her previous tracks.

The music video for “Chemtrails Over the Country Club” is a completely different Lana than we are used to. Her familiar 1950s aesthetic is laced throughout the video, but the end is what catches you  by surprise. The dark and sinister imagery of what appears to be werewolves leaves me wondering where she plans to take this next album. Do the werewolves mean anything? Are they going to be a recurring theme? These unanswered questions, however, keep the listener enthralled.

As strange as the music video was, it was a nice change from the horrendous video for “Let Me Love You Like a Woman,” which divided and underwhelmed much of her fanbase. But now, with a music video featuring darker and more mysterious tones, fans should be relieved.

The only concern I have for what’s next is how it is going to compare to her previous album. “Norman F––– Rockwell” was acclaimed by critics and fans alike, some even calling it her best album to date (an opinion I wholeheartedly agree with). So how does she plan to create a new album after coming off a giant success? Will we get another masterpiece or a lackluster collection of 11 songs? Whatever she produces, it’s going to be interesting and I’m looking forward to the new era of Lana Del Rey.

Her next single, “White Dress,” is set to be released this week on Feb. 26.