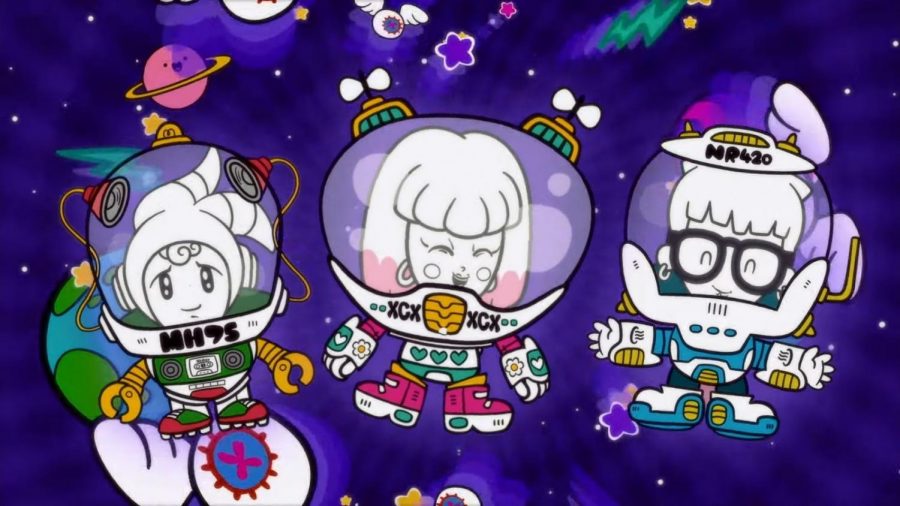 The 1975 has finally delivered fans another gift during the pandemic: the March 4 release of, “Spinning,” a single featuring not only Charli XCX but also No Rome! Long-time fans of both Charli XCX and The 1975 have been anticipating this collab since before the pandemic, following a series of tweets in 2019 by The 1975’s lead singer, Matty Healy, on his since-deleted Twitter page, praising Charli XCX for her songwriting prowess.  A long-time fan myself, I believed that Healy, known for his eccentrism and (formerly) hard-to-follow Twitter rants, was once again shouting into the void — talk of this much-desired collaboration vanished over a year after his initial posts. Imagine my surprise when I woke up on Feb. 8 to a tweet from No Rome, an artist signed to Healy’s record label, Dirty Hit Records, stating that the trio was dropping a song soon.

Following my personal love for and the overall success of No Rome and The 1975’s previous 2018 collaboration “Narcissist,” my excitement about this single only increased. No Rome’s claims of an impending drop were later validated by Charli XCX who also took to Twitter on Feb. 28 to share the news of an upcoming drop from the “supergroup.”

So on March 4, after 19 whole months of waiting, I hopped in my car, rolled down my windows and drove off to work, excited to listen to what I thought would be an indie-pop banger. Now, having listened to the song a grand total of about 354 times, I can only say that I’m … conflicted.

While I’ll admit that the strong backing piano and funkadelic sound of the song truly fits the styles of all three members of this new “supergroup,” I couldn’t help but want a bit more. For one, trying to follow what the heck they were saying truly left my head “spinning” the first 353 times I listened to the drop. For all of Healy’s talk about the strength of Charli XCX’s lyricism and following such a successful collaboration between No Rome and The 1975 two years ago, I felt this song was off target in the sense that the lyrics seemed almost juvenile in their repetitiveness —  listening to “…cause you just keep spinning, over there” an estimated 21 times throughout the track left me feeling like I was listening to the childhood staple, “I Know a Song That Gets on Everybody’s Nerves.”

Waiting 19 months — enough time for someone to literally have two whole children — for a song about fleeting romance at a party leaves me feeling cheated and a bit annoyed.  It is all the more frustrating following last year’s release of The 1975’s “Notes on a Conditional Form,” a masterpiece of feeling and social awareness. Why are you releasing a party song in the midst of a pandemic? I mean, read the room — this song lacks any sort of general awareness, and perhaps would’ve been better received by the pre-pandemic world, as it doesn’t seem to fit 2021’s vibe. While I, a glutton for punishment and an honest fan of all three artists, will more than likely continue to listen to “Spinning,” I still can’t help but feel as though this was a disappointing release.