Curated Collections: 5 International Films to Watch on Kanopy This Summer 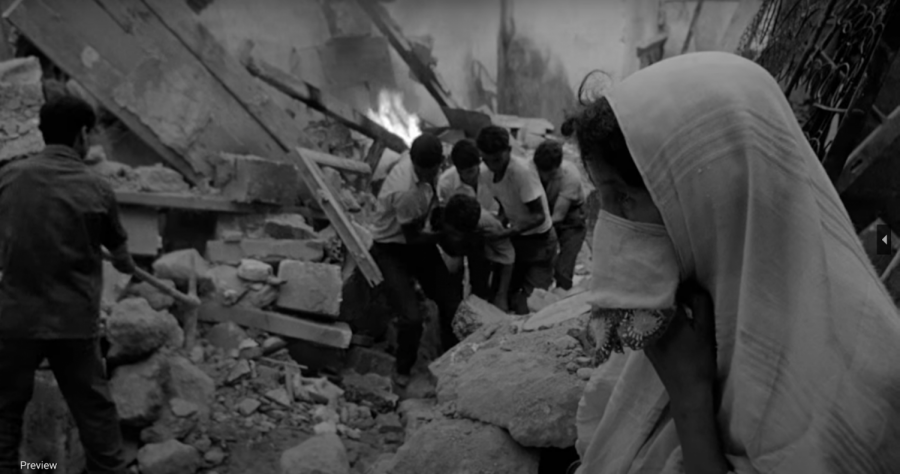 As awards season comes to a close, it’s impossible to forget the historic way Chloé Zhao became the first woman of color, first Asian woman and second woman to win Best Director at this year’s Academy Awards. After Bong Joon Ho’s success with “Parasite” last year, these accomplishments are inspiring larger audiences to look into international cinema. Kanopy is a great resource for these films and is available free of charge to all St. John’s University students. With Kanopy’s wide range of movies available, these are five international film choices. All in different genres, these films will appeal to anyone.

Godard’s 1967 film, “Weekend,” satirizes class, race, hegemony and humanity itself. Godard’s usage of bleak, barbaric imagery creates a sense of comedic chaos. This film recollects the events of a road trip in a society collapsing around the main characters. Godard allows the comedy to ensue from car crashes and the violent nature of man.

While this may not be your traditional comedy, “Weekend” is uniquely captivating and employs every second to find a new way to shock the audience while exploring its socio-political undertones.

“Lady Vengeance” tells the story of Lee Geum-ja, who was imprisoned for 13 years after a wrongful homicide conviction. Subsequently, she is forced to give up her child, her disdain for the father of her child growing by the day. When finally allowed to plot her revenge, she discovers even greater insidious truths leading her on a path in search of restitution.

This film touches on the topic of revenge in an unforeseen way. Challenging all preconceptions that come with its genre, “Lady Vengeance” mixes the macabre with the humorous while depicting the vulnerability behind the effectuation of reprisal. Lorber’s unusual view of vengeance and horror makes this film a must-watch for any fans of the genre.

Tarkovsky’s 1979 “Stalker” depicts the descent of three men into The Zone. The Zone is an unspecified location where the Room lies. The three men, a stalker, a professor and a scientist, journey to the illegal Zone in search of the answers to a common myth. It is said that upon entering The Room, any materialistic desires are satisfied.

Using the psychology behind the characters and surrealism, Tarkovsky takes a different approach to science fiction. In combination with the overarching message of spiritualism and materialism, “Stalker” is one of Tarkovsky’s greatest works and a highlight of Soviet cinema.

Overcoming the challenges of love in a conservative society, “Rafiki” is the endearing story of Makena Mwara and Ziki Okemi. Throughout this movie, the audience sees the protagonists endure a myriad of conflicts. From the start, they are almost separated by political feuds between their families. With this conflict causing a strain in their relationship, they must figure out a way to keep their friendship alive. Subtly shifting their platonic relationship to a romantic one, new complications arise between Mwara and Okemi. This film is multifaceted in the way that it exemplifies both the struggles of LGBTQ+ relationships and its pleasant, endearing parts. This balance reinforces the themes explored in this film.

5. War and Action: “The Battle of Algiers”

“The Battle of Algiers” recollects the culmination of the Algerian struggle for power against the French occupation in the 1950s-1962. Centering on the years 1954-1957, it illustrates the barbarity of war and how people can be driven to surreal violence. This film takes an intricate look at the Algerian War of Independence, examining the ethics of warfare. This documentary-style film extends a fresh perspective that should not be looked over.