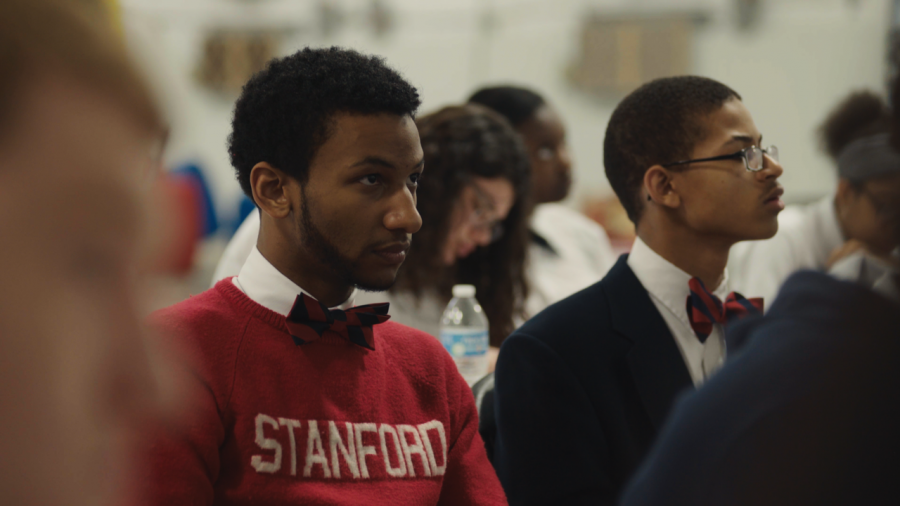 In the winter of 2017, several videos of students learning their acceptance to prestigious Ivy League schools went viral. Not only did the internet celebrate their remarkable achievements, but viewers also quickly learned of the phenomenon that was taking place in the small town of Breaux Bridge, Louisiana. However, not everything was as it seemed as the students of TM Landry College Prep basked in their academic glory — all of which is captured brilliantly by director Dan Chen in the documentary “Accepted.”

If not recognizable by the students’ reactions, then perhaps the exposé printed by the New York Times is familiar. Shortly after the school made headlines for its impressive 100% college acceptance rate, investigative reporters Erica L. Green and Katie Benner became inquisitive about the academic environment that was consistently sending kids to prestigious institutions. What they discovered, as shown by Chen’s film, was a fabricated reality under the guise of elevating a largely Black student body to a promising future.

From the moment “Accepted” begins, it is apparent how TM Landry stands out from the average American high school; the documentary shows how Michael Landry, the school’s principal and founder, supplements his students’ learning with intense pep talks and one-on-one tutoring. It isn’t until students are seen working tirelessly into the night following a lengthy school day, questioning their own worth in the process, that there is much more than what meets the eye.

The film primarily follows four students, all of whom strongly believe their only hope of seeing their dreams come true is through TM Landry. Each must endure the universal experience of senior year and applying to colleges, a tedious process that is rarely simple for anyone. For these students especially, placing their futures in the hands of Landry and his wife was a risk that their parents were willing to take, even if it meant being set back financially (tuition for a senior semester running upwards of $725 a month). In addition, the pressure to follow in the footsteps of successful TM Landry alumni resulted in many dropping out altogether while filming.

Although Landry’s cover-up was exposed, revealing falsified transcripts and college essays, peer humiliation and allegations of physical abuse (including students’ remarks of being forced to kneel on rice), the individual narratives of his former students is where “Accepted” thrives.

TM Landry will never be revered as the exemplary school it claimed to be. Ultimately, those who will have to pay the most are the students themselves. In confessional interviews conducted by the film’s producers, students painfully recall instances when they were shamed for their academic performance and made to feel like a failure. As a result, they must carry this emotional trauma with them into their adult years and work harder to catch up to their peers. Many students were found to have fallen behind significantly upon enrolling in TM Landry, requiring them to pursue a GED or repeat grades in public high school.

The futures of the four students spotlighted in “Accepted” may be unknown, yet their message is spoken loud and clear: TM Landry has undeniably changed their lives, but they are now free to choose their own outcomes. In similar infamous cases of academic fraud such as Operation Varsity Blues, we may only hear of the repercussions for the parents responsible. However, “Accepted” gives the true victims, the students, a spotlight to voice the magnitude of Landry’s actions.

Although this is not the first time a director has exposed the severely flawed American education system, Chen’s film is insightful for its focus on voices that matter the most. It may be easy to break the rules with the right resources, but scandals such as the one in “Accepted” end up hurting young, bright students more than anyone else.