Curated Collections: Summer hits that will have you humming into fall 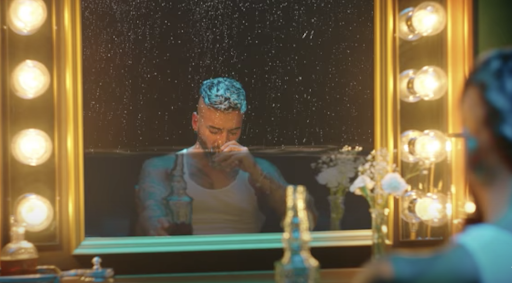 Even when a global pandemic threatened to halt everything, the music industry continued to produce content. With uncertainty around every corner, it was music that kept me –– and many others –– sane. From pop music to reggaeton, I have discovered new artists and fallen for my favorites all over again. There are those who deserve just as much recognition for their talent and creativity as internationally recognized artists like BTS, who are raking in hundreds of millions of views. Below are some recently released singles by my favorite singers. Be sure to check them all out! 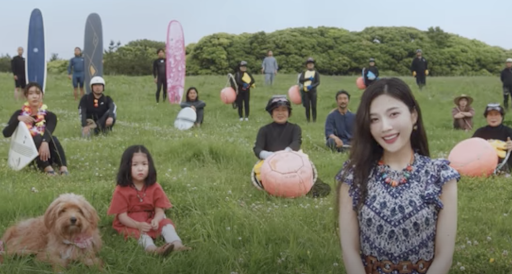 “Annyeong,” meaning “Hello,” is Joy’s first solo debut. The Red Velvet (K-pop girl group) vocalist released her album of the same title on May 31. It is a remake album, featuring tunes from the 1990s and 2000s with Joy’s own twist. “Annyeong,” a remake of a 2003 track by Park Hye Kyung, is an upbeat, modern rock song that focuses on starting fresh and keeping a positive outlook. Joy’s soothing vocals and adorable music video of her quest to bring a lost child back home is refreshing and symbolic. No matter how lost we are, we can always find our way back. This bright and innocent song will have you smiling all day.

Have We Met Before – Sarah Barrios, Eric Nam

Do you believe in soulmates? Written by Sarah Barrios and TikTok influencer Vaultboy, “Have We Met Before” oozes themes of timeless love and instant connection between two people meant for each other. The pop ballad is Barrios’ second collaboration with Korean-American singer Eric Nam after they co-wrote Nam’s 2018 single, “I Don’t Miss You.” If you need a boost of optimism or are yearning for a spoonful of true love, then don’t forget to check out this heartwarming sonic montage!

In his latest single, Maluma drinks away his sorrows and drowns in despair. The visuals of his tipsy performance on stage, the mirror showing him submerged in water and the rainstorm in his dressing room backstage brought together the whole vibe of the song. Throughout the music video, these bright lights make an appearance –– his dressing room mirror, the stage and the street –– perhaps symbolizing his hope of reuniting with his lover now that he has come to terms with his emotions. The lyrics are sentimental and filled with pain that resonates with listeners.

At 20-years old, Somi has a great deal of potential that will take her far as a solo Korean-Canadian singer. She made her solo debut back in 2019 with the carefree single, “Birthday.” This was followed by “What You Waiting For,” which she released during the pandemic. Her latest track is “Dumb Dumb,” which tells the story of a girl who has a crush on an oblivious guy. This music video is as colourful as expected with a light pre-chorus followed by a catchy chorus. The high school uniform and the cafeteria scene give off “High School Musical” vibes before transitioning into a rave party. With roughly 65 million views, this song is definitely worth the hype.

Danna Paola is such a Queen. Not only is she an actress –– you may recognize her from the Netflix original “Elité” –– but she is also a talented singer and fashionista. She exudes an aura of confidence in all of her projects, interviews and appearances, which is very inspiring. “Kaprichosa” is her latest single in which she sings “Soy kaprichosa (I am capricious),” yet the following lines emanate a sense of control in her life –– she decides when she is ready to fall in love, chooses the time and place to meet and gets what she wants. From her chain-linked outfits to the lyrics, everything about “Kaprichosa” is soaked in confidence. This feel-good song has a catchy beat that can help you strengthen your sense of self.

“La Niña de la Escuela” is a vibrant reggaeton tune with lyrics about post-high school glow ups. Lola Índigo, TINI and Belinda sing about having changed for the better after their dreadful school days when no one liked them and they were ignored. The pink “Mean Girls” vibe and 2000s aesthetic is evident throughout the music video and I am here for it. The lyrics are directed to a particular person, as “Tú (you)” is referred to a great deal. Perhaps the song is targeting a crush turned high school bully who ignored “la niña de la escuela (the girl from school)” and now regrets his actions. Índigo, who hails from Spain, is slowly making her way to the top and I can’t wait for her to become a sensation. Her songs will have you hooked the entire time.