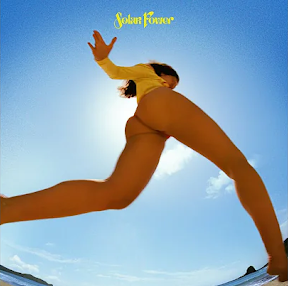 On Aug. 20, Lorde finally released her highly anticipated third studio album, “Solar Power.” Four years after her critically acclaimed album, “Melodrama,” many were waiting for the New Zealand sensation to create another emotional and introspective record. Lorde, however, had other plans.

After a trip to Antarctica in 2019, Lorde discovered the inspiration for her next album: an acoustic homage to Mother Nature.

“Solar Power” is drastically different from its predecessors. Although it still features her trademark songwriting and unique vocals, Lorde has left behind her sad girl persona. Her shift in tone reflects the awakening she has experienced in the past four years that gave birth to the message behind the album. Although it’s admirable of Lorde to use her voice for a cause, the product comes off as performative and lazy. The album screams of a privileged, white woman randomly finding a cause and trying to push for the whole world to notice.

For example, a song titled “Fallen Fruit” which Lorde wrote to her parents is essentially blaming the baby boomer generation for the world’s current problems. Although she’s not entirely wrong, the trope of blaming boomers in song form is laughable. Aside from the new music to bring awareness to the climate crisis, Lorde went so far as to not sell physical CDs of her new album because she didn’t want to produce something that would end up in a landfill.

The album has some standouts. Notably, songs like “The Path,” “Mood Ring” and even the title track give off the laid-back vibe of a warm summer day while still telling the younger generation that we are the key to change. Although most of the album has an upbeat and summery vibe, there are a few somber songs — notably “Big Star,” which Lorde wrote about her dog who died a few years prior. However, the rest just falls flat.

By the first listen, I wasn’t impressed. I’ve come back to it a couple times since it came out, but find myself only listening to three songs at the most. The rest just aren’t memorable. Most people have said the album has to grow on you, but in my opinion, if you have to listen to an album over and over to enjoy it, it’s just not that good. I don’t want to diminish Lorde’s creativity or her artistic freedom, but if she was really passionate about bringing awareness to the climate crisis, why do it in the form of an album that has yet to make any mainstream impact aside from her fanbase? As if Lorde releasing music will suddenly make everyone stop and decide to care for the Earth.

I’m glad that Lorde has broken out of her old persona and evolved into an enlightened, happier person — I just wish the music reflected that. “Solar Power” sounds like a debut album, not the same artist who produced “Pure Heroine” and “Melodrama.” I think the theme and message of the album would have worked if the execution didn’t seem so lazy and misplaced. Some artists are able to successfully merge their activism with their music (e.g. Lady Gaga’s “Born This Way”), but I think Lorde missed the mark. I hope whatever she decides to do with her next album is less of a superficial PSA and more of the unique and genius artistry that we equate with her.