The return of disco: ABBA makes a comeback after a 40 year long hiatus 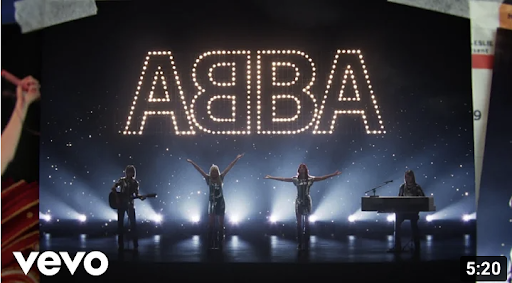 One of pop’s most anticipated come backs is finally here. After a 40-year long hiatus, Swedish band ABBA surprised fans by releasing two singles “I Still Have Faith In You” and “Don’t Shut Me Down”, announcing an album titled “Voyage,” as well as a new concert experience in London starting May 2022.

Last time the world saw the Swedish pop quartet together, it was 1982. To put this time gap in perspective, in 1982 Ronald Reagan was president of the United States, the Cold War was still in its cusp and the pope was John Paul II.

After the decades-long break, the band is reportedly thrilled to be back and bring its fans 70’s and 80’s nostalgia.

“Such joy it was to work with the group again- I am so happy with what we have made,” Anni-Frid Lyngstand, one of the vocalists of the quartet, told The Guardian.

The first two singles of the band’s new project were released. “I Still Have Faith In You” and “Don’t Shut Me Down” provide juxtaposing rhythms, while encapsulating the diverse sounds of the band.

“I Still Have Faith In You” is a five minute ballad about the band’s relationship and how they found their way back to one another after so many years. Although the song feels at times too long and can be quite forgettable, it is still enjoyable and worthy of singing at karaoke night. As a “Mamma Mia” fanatic, I can say I can easily see Meryl Streep’s Donna Sheridan breaking into this song in the middle of a melodramatic scene as in the popular musical.

On the other hand, with a disco-like tune, “Don’t Shut Me Down” gives fans a more familiar ABBA sound. Though the song is undeniably pleasant, it is impossible to ignore the member’s much more mature vocals, as they are all in their mid-70s. Despite this fact, their natural ability to entertain is amazingly still present, as they are able to transport listeners back to the age of disco.

Both singles, while replayable and amusing, do not necessarily bring anything new to the table when it comes to today’s entertainment industry. ABBA benefits from its success from the 70’s and 80’s, as well as the constant disco nostalgia. With the new records sounding much like their old songs, I cannot help but wanting to go back and revisit their classics.