“In The Meantime:” A Graceful Return To The Albums Of Old 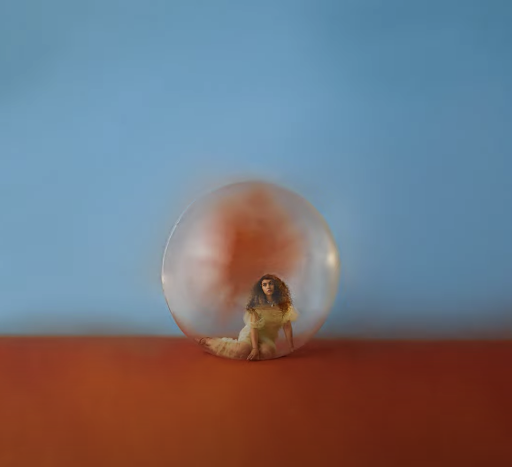 “In the Meantime” by Alessia Cara is a welcomed return to the albums of old. Albums written for the physical era of music, like CDs and vinyl, had to be engaging and fluid from the first track to the final track. In the streaming era of music, artists tend to focus on individual songs rather than a complete album with a central theme.

This makes the Grammy Award-winning singer-songwriter’s third studio album more impressive in this era because the entire album reflects the theme of duality. The album continuity is something not seen often in the digital age of singles, but Cara perfects it with her songwriting, vocals and production, all reflecting the two sides of the album and by extension, herself.

The album starts with “Unboxing Intro,” which Cara said in a Twitter Q&A session with fans was written after the rest of the album was finished. It’s an excellent introduction to the album because, like the album itself, the song isn’t confined to a tempo. The song has a vibe reminiscent of a march or procession and the tempo increases as the song continues. It comes to an end as the song and Cara’s conflicting thoughts cannot come any faster.

The juxtaposition of songs on the tracklist is what makes the album feel continuous and thorough. Each pair of songs have conflicting styles and tempos, which reinforce their messages.

“Bluebird,” is one of the smooth, slower songs on the album. “I loved you, but I couldn’t keep you,” Cara writes. “I was broken, ‘til I learned I didn’t need you.” It’s representative of one half of the album, preaching independence and self-love.

But the genius in Cara’s album comes from her ability to demonstrate these messages through different musical styles. As the constant, soft guitar chords of “Bluebird” fade away, silence gives way to a groovy bass guitar and an anchoring hi-hat in “Lie To Me.” With lines like “I’d rather be by myself than let you lie to me,” Cara elaborates on these themes of independence and self-love while altering song tempos and production styles.

The duality starts to show in the middle-to-end of the album. For Cara, it’s not all about independence and self love. Rather, she isn’t afraid to admit that she is hoping for love.

“I Miss You, Don’t Call Me” is the turning point of the album where Cara recognizes that her feelings aren’t absolute. The chorus begins, “I miss you, don’t call me.” Cara’s telling a former lover that she doesn’t want a call because she knows she’ll “breathe air into it…revive it.” By the bridge of the track, Cara fully embraces her feelings. “You’re the one I’ll never unlove,” Cara writes.

To me, the song perfectly exemplifies the dilemma of dependence and independence. Over the course of the album, Cara resolves that it is possible to love yourself and also hope for something greater. “In the Meantime” is an album centered around Cara’s own self-reflection, and it’s so well executed that I’m left coming back again and again. It may even inspire you to do some reflecting of your own.