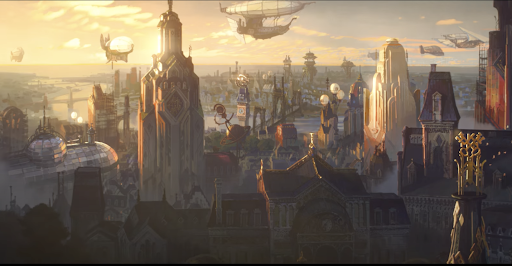 Where many other video game franchises failed, League of Legends has now thrived, with their newest show “Arcane.” The nine-episode special premiered on Netflix on Nov. 6, hooking viewers from the first episode. A deep dive into the effect of trauma and the roles that people play in other people’s lives, the show presents viewers with a combination of sorrow and humor to show that even the best intentions lead to destruction.

“League of Legends” is one of the most successful games of all time. The role playing game has over 100 million active users and is rarely not first in games streamed on popular sites such as Stream. However, those who are not versed in the “League of Legends” universe need not fear – it is still extremely entertaining (and heartbreaking). I personally know very little of the universe’s lore, and the show now sits near the top of my favorite television shows of all time.

For those who do play the video game, the show has many of its playable characters: Jayce, Vi, Jinx, Ekko, Caitlyn and more. There are constant references to the game, and provide further backstories that have not been fully discussed. The show is set in two places: the undercity, where crime, poverty and suffering run rampant, and the classist society of Piltover, which controls the undercity and lives in relative wealth and cares little for the people who suffer across the bridge from them. This tension is the driving point in the show.

Watchers get a full dive into the backstory of Jinx, the main character, who became part of the game’s universe relatively recently in 2013. Though the game showcases her childhood in fragments and presents her as a completely crazy pyromaniac, “Arcane” shows that her mental state deteriorated after what she, who then went by Powder, perceives to be her murdering her closest friends. Her sister abandoning her and her subsequent pseudo-adoption by the “villain” of the show, Silco, viewers – and avid fans of the universe – get to see that not everything is as black-and-white as it seems.

Other characters steal the spotlight at times, with fan favorites including Jinx’s sister Vi and the sickly scientist Viktor. Vi harbors internal hatred for abandoning her sister, blaming herself for what Jinx has become, as she is the one who called her sister a jinx. Viktor, a sickly, caring man trying to make the world better, ends up saving himself from his illness with terrible consequences. Both present that the best goals they may have, and all their valid excuses, do little to stop the clear consequences they have on the world.

With a stunning animation style and high-energy action scenes, “League of Legends’” “Arcane” is an instant classic. It captivates both fans and newcomers – do not be afraid or disinterested in watching it because of lack of knowledge (or care) for its video game counterpart. One of the few successful shows based on a video game, “Arcane” will take viewers on an emotional journey that will leave them with a different view on how they themselves impact the world.