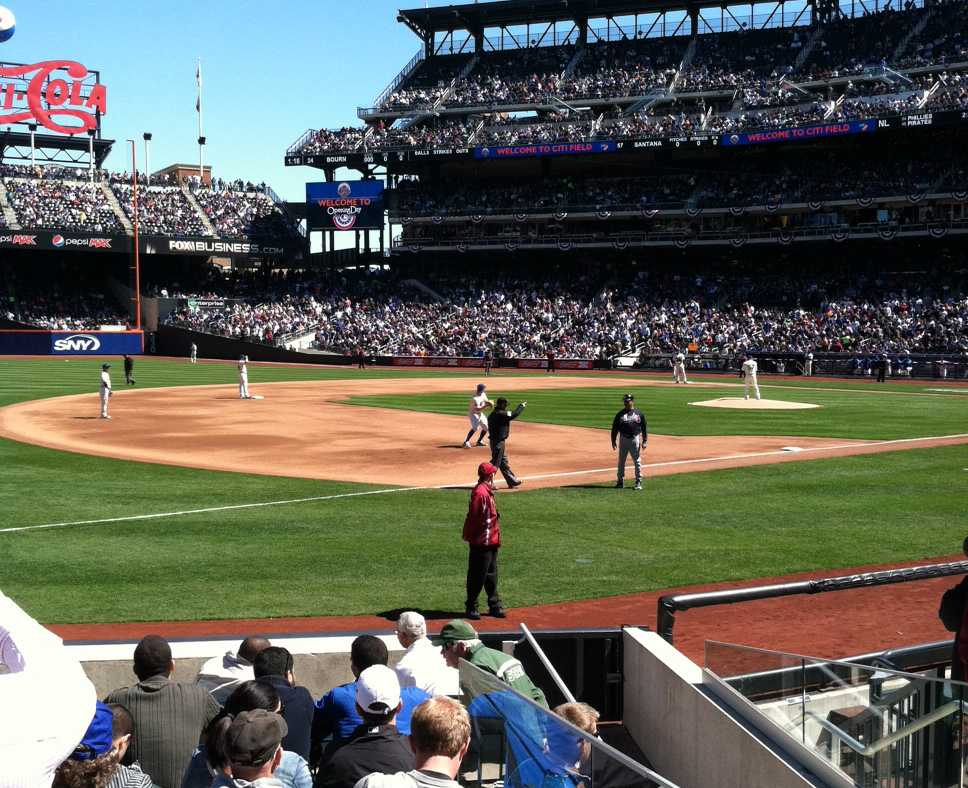 Coming into the 2012 Major League Baseball season, the New York Mets were predicted to finish in last place in the National League East by the vast majority of analysts and fans alike.

Starting out the season at Citi Field, their home since 2009, in nearby Flushing, the Mets won their first four games and began to return cautious optimism to the fan base.  Among this fan base are members of the St. John’s University community, who have taken full advantage of the close proximity of the ballpark to the Queens campus to cheer on the Metropolitans.

In celebration of the team’s 50th season as a franchise, the Mets announced that they would offer many special ticket offers and including $10 student tickets to high school and college students with valid identification.

“The student tickets at Citi Field make it affordable for college students to watch the Mets play,” said sophomore David Looney. “We’re always on a budget.”

While for some students, the cheaper prices make it easier for them to see their favorite team, others take the opportunity to try something new.  Sophomore Gabriel Iath, a native of Brazil, decided it was time to check out his first baseball game.

That was my first baseball game and I always wanted to go to one,” he said.  “All my friends are Mets fans and so when they told me the tickets were cheap I decided to go along.”

Iath said he’d always seen baseball as a boring sport when he watched it on television, but heading to Citi Field changed that.

“It was really awesome because I never really enjoyed baseball before I went [to a game],” he said.  “I looked at it as something boring and slow.”

When talking about baseball in New York, the Yankees are inevitably brought into the conversation.  Discussions about affordability and proximity were no different.  Sophomore Joseph Calendrillo, a Yankees fan, headed out to New York’s National League park for a few reasons.

“All of my friends were going and I wanted to have a good time,” said Calendrillo. “The tickets at Citi Field are a lot cheaper than at Yankees Stadium and baseball is America’s pastime.”

Having Citi Field in the same borough as St. John’s helps students make the decision to head to Flushing instead of the Bronx. With homework, part-time jobs and other responsibilities to worry about, having a short commute versus an hour-and-15-minute subway ride can make a difference.

“The fact that it’s in Queens, that’s something that definitely contributed to my decision to go to a game,” said Iath.  “If I wanted to go to a Yankees game, I’d have to go on a weekend.  It’s not that big of a deal to go to Citi Field on a week night.”

While the student tickets are available all season long, other short term promotions have been just as valuable to students looking for a good deal.  On April 10 and 11, for the 50th anniversary of the Mets’ first game in 1962, the team rolled back Promenade Reserved prices to $2.50 a ticket. This was the price of Upper Deck tickets in the Polo Grounds, which housed the Mets during their first two seasons.

At $2.50 a ticket, students found themselves choosing between attending classes on Wednesday afternoon or attending a star studded pitching match-up between two team’s aces in the Mets Johan Santana and the Nationals’ Stephen Strasburg.

“As a student, money is usually an issue, so the Mets giving discounts to great games like these and also honoring their history definitely makes me excited to go to Citi Field and see my favorite team” said sophomore Steven Inman at the game.

Fans who have not seen deals like these in years snatched up the tickets immediately. The aforementioned $2.50 tickets had sold out online for Wednesday’s game by early April 9 according to Mets.com.  The last of the tickets were sold to in-person purchasers by Monday night at Citi Field.

While the Mets have made students excited about going to games partly because of ticket prices, their early success has made the atmosphere at the game better, according to Inman.

“Recently, my Mets have been pretty bad so getting off to this great start has really been a great surprise,” he said. “Citi has been rocking with ‘Let’s Go Mets’ chants that we haven’t heard in a while and with all the young players they have playing well, there is no reason to think they don’t have an exciting future.”

While certain fans, such as sophomore Bryan Wynne, say they would attend games no matter the cost, their 7-4 start has made tickets to Citi Field both cheap and expensive, something that students are choosing not to turn down.

According to Iath, going to these games has helped to sway his opinion for the team in Queens.

“I’m not a Yankees fan and I need a team from New York, so by default I must be a Mets fan,” he said while donning a shirt with a very happy Mr. Met.