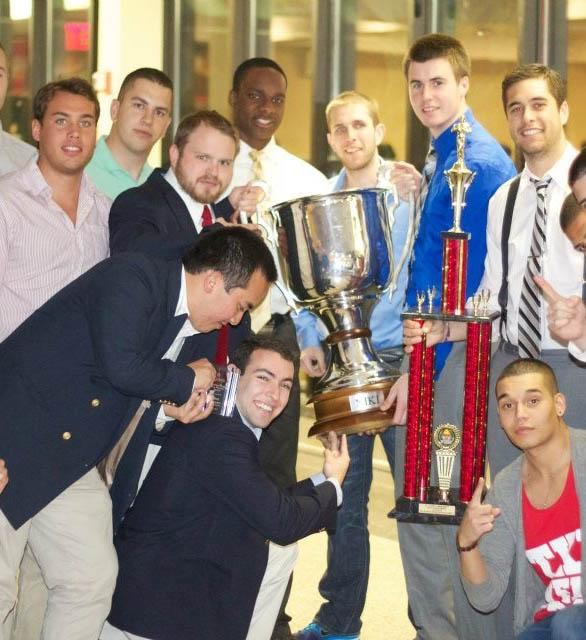 With the Greek Week rivalries still fresh in many St. John’s students’ memories, a unified Greek community on the Queens campus can seem almost comical. Yet, if you talk to many of the fraternity members at St. John’s right now, they will tell you the Greek life community on campus is making positive changes and great strides when it comes to becoming more unified.

The Inter-Fraternity Council, also known as the IFC, is the governing body at St. John’s University that oversees all of the fraternities on campus. The executive board works together with a common goal of trying to make sure that Greek life continues to be a positive force at St. John’s. Overseen by advisor Maggie Bach, this year’s President Vashu Patel of Iota Nu Delta, works with the rest of his e-board comprising of Vice President Christopher Porcelli of Tau Kappa Epsilon, along with brothers from Sigma Chi Beta, Alpha Phi Delta and Phi Delta Chi.

Each year the IFC comes up with a set of goals. This year, according to Porcelli, their list consists of; fostering unity among all fraternity men, informing St. John’s about what the IFC does and increasing membership in each fraternity on campus.

As many students are aware, in years past, a rivalry among fraternities has engulfed the Greek life community at St. John’s. This year though, Porcelli says, the IFC’s mission is to put aside “petty rivalries” and become one unified community.

“As a Greek community we have suffered greatly these past two years,” Callino said. “We have seen three fraternities have their letters taken away from them and just as many suspensions. The pressure is on the remaining Greek organizations to show this campus that Greek life serves as a benefit to academic and social achievement, not the opposite.”

The IFC takes pride in various events they put on throughout the year. One major event the IFC hosts is the alumni event in November. Each fraternity on campus will welcome 3-5 alumni to meet with brothers from all of the fraternities on campus, Porcelli explains. This event helps IFC members network and get words of advice from older brothers that have been in their shoes.

When asked why a St. John’s student should join a fraternity, Porcelli said it was the best decision he ever made.

“My brothers are the same men that are going to be standing next to me on my wedding day and the same guys I can call in the middle of the night when my car breaks down to come pick me up,” he said. “My bond with my brothers is like no other.

Callino agrees with Porcelli statements and furthered them.

“Going Greek is the best decision of my life,” he said. “I am sure you can ask any Greek on campus and they would certainly say the same. This year we all want to break the mold, to stop fighting and thinking we are all on different sides. We are all Greek brothers and sisters, just different letters.”

Several events on campus over the next few weeks will be put on by the IFC so potential new members can get to know each and every fraternity. This upcoming Wednesday night, September 5th, the IFC is hosting an NFL night located in the Org Lounge beginning at 7pm. Other events, such as a football tournament in late October, invites rushes and current IFC members to hang out and get to know brothers from various fraternities. The IFC e-board encourages potential new members to keep an eye out for future events.

With recruitment season in full swing the IFC looks to take on their latest endeavor of fostering a Greek community that is not only welcoming, but also completely unified.

“You wont know if being apart of a fraternity is for you, if you never give it a chance,” Porcelli said. “Each fraternity has something different to offer and the IFC is here to make sure potential new members find their best fit.”

For more information on the IFC and how to get involved in Greek Life at St. John’s follow @IFCStj  and @STJGreekLife on twitter or email [email protected]