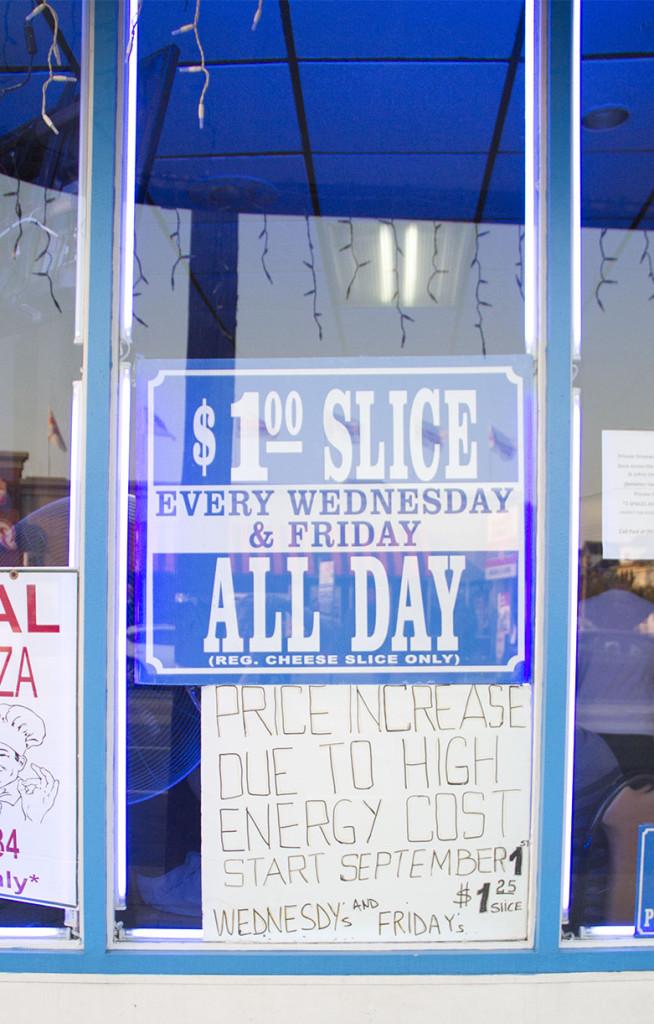 The famed $1.00 slice at Vincenzo’s Pizzeria on Union Turnpike saw its price get bumped up to $1.25 on Sept. 1 due to the rise in everything from energy costs to cheese costs, according to workers at the restaurant.

“It’s Con-Ed, the water bill, the gas bill,” said Alberto, who wished to only be identified by his first name. “Everything’s going up.”

Vincenzo’s became a popular spot for cheap food near campus when they started selling “dollar slices” as the food item has been named, during the 2010-2011 school year.  The question becomes, will a .25-cent difference be enough to drive away business?

“What’s the point of raising it to $1.25?” junior Joe Giordano said after appearing shocked to hear the news. “It’s not like they don’t make a lot of profits already from the dollar slices.”

A customer, who would only identify himself as Eddy, had a different point of view on the matter.

“I pay attention to cheese prices and all that stuff,” he said.  “These guys barely make pennies off of every slice.”

While the cost of the cheapest form of pizza at Vincenzo’s is going up, workers assured The Torch that all other prices will remain the same.

“I think it’s unfortunate because it’s a tradition here at St. John’s,” senior Emily Trefry said. “You can’t just go over there with a dollar anymore.  Now you need to have at least another quarter.”

While the rise in prices may be enough to give some a
shock, others say that at the end of the day, there’s no better slice in the area.

While Vincenzo’s has the cheaper sticker price on a slice, it isn’t the only discount around. Regina’s Pizzeria, which is at the corner of Union and Utopia Parkway, offers a 10% discount to all students with a stormcard.   They also offer two regular slices and a soda for $5.