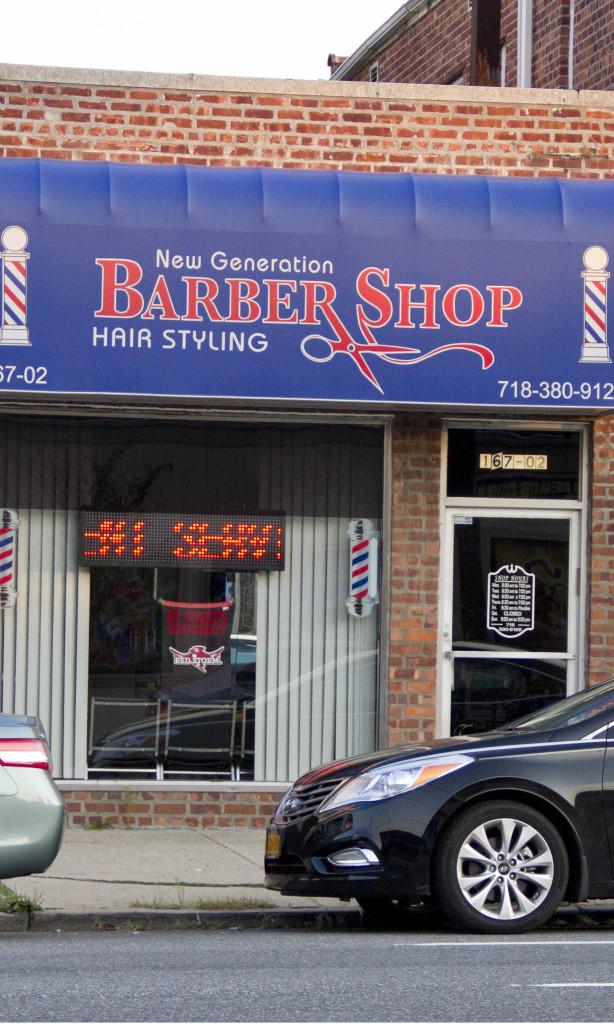 The owner of New Generation Barber Shop has hit back at his rival Union Turnpike barber, Igor Pinhasov, claiming that the pair never worked together and that the pictures of him fixing Pinhasov’s haircut are “real.”

Pinhasov told the Torch that the two worked together for 10 months, something that Rubinov said never happened.

“Since the day he opened, he’s been telling all the customers that we worked together,” Rubinov said.  “Me and him never worked together.  I never met him until the day before he opened up the shop.”

Rubinov has been the owner of New Generation on 167 St. since April of 2010.  Before that, he was a worker in the shop since June 2009.  That’s not when the shop first opened, however.

“The barbershop has been here for more than 40 years,” Rubinov said.  “The original owner was here since day one.  His name is Eddy.”

When Eddy sold the shop to Rubinov, the original owner had been charging $12 for a regular haircut, Rubinov says.  When the new owner took over, he needed to pay rent to Eddy and as such, decided to start his pricing at $14.

Rubinov refers to the other barbers in the area as “great barbers” and welcomed the competition.  He mentioned New York State of Mind, a shop further down on Union Turnpike, as a barbershop that he respected.

One of the things that Rubinov took issue with was Pinhasov’s insistence that the photos depicting an alleged “Before” haircut from Hair Xpress and “After” haircut from New Generation before false.

“Those photos of the bad haircuts given here aren’t real,” Pinhasov told the Torch prior to the previous issue.  “He faked those photos by giving a bad haircut to people then pretending to fix it.”

When asked about Rubinov’s response to the story, Pinhasov stood by his comments in the previous issue, maintaining that his assertion that the two had worked together was factual.  He also maintained his belief that the pictures depicting sub-par haircuts were a stunt.

“[What he’s doing], it’s not professional,” Pinhasov said. “I’m happy with what has happened.  Everyone knows the truth now.”

Rubinov also clarified what he said were statements that he said were “not true” in the story.  The story stated that stated he had employed three full-time barbers and four part-time stylists.

In regards to the stylists, he said he did employ one for a few months as a way to generate new revenue.  This ended after a few short months, he said.

“This is a barbershop, not a unisex [shop],” he said.  “I tried, when he opened, to get another source of income.  I tried to get a guy over here to do women’s hair.  Then I figured out I’m a barber.”

While the jury may be forever out on who is in the right in their business practices, Rubinov made one point that rings true to everyone.
“People have a choice in America to make their own decision.  They can make a decision on where to go.”

Then he added the dig.