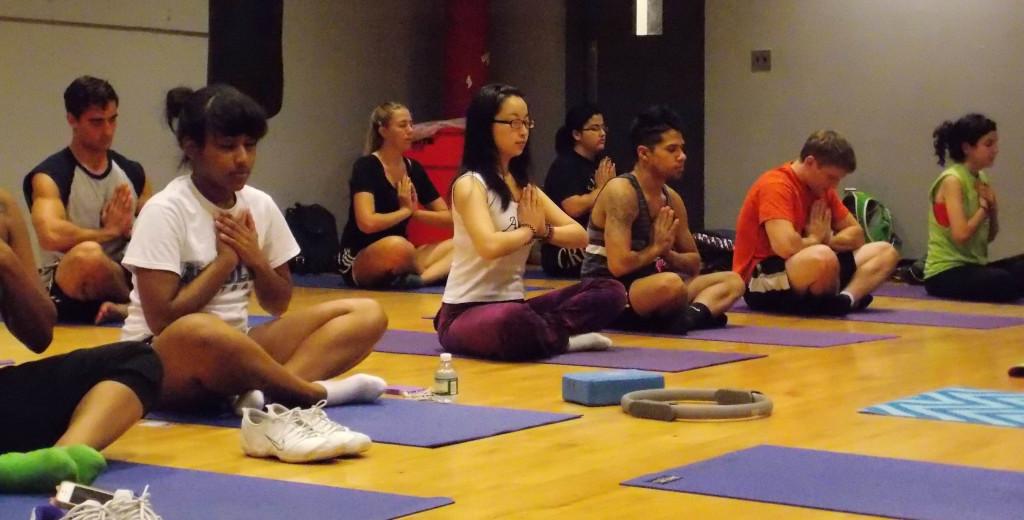 At the fitness center in the basement of Carnesecca, you can see men doing all kinds of typical workouts, from bench pressing, to ab workouts, running on the treadmill and yoga.

Wait, yoga? Yes, yoga. The exercise typically reserved for women has several male devotees at St. John’s determined to break the gender stereotype and prove that even the manliest of men can enjoy the ancient Indian physical routine.

“It’s crazy, I don’t get it really,” senior Mike Sardone said. “There is nothing feminine about it, yet if you go to any yoga class, it’s 90% women.”

Yoga classes are held in the campus Fitness Center Dance Studio in Carnesecca Arena from Mon-Wed every week. Sardone has been a consistent participant since his sophomore year and feels that gender discrimination shouldn’t be a restriction to not do yoga.

“Everyone should be allowed and feel comfortable to do whatever physical activity they want,” he said. “There certainly shouldn’t be any stigmas on an activity because of gender. It’s the 21st century, let’s get real.”

Sardone’s friend, senior Dylan David, accompanies him and is known to be “the yoga master” on campus. David agrees that the women-dominated yoga scene shouldn’t intimidate men to join and participate.

“I think that’s ridiculous and it’s too judgmental,” he said. “I know plenty of guys who have played field hockey and danced but there is a certain societal idea that says it’s taboo.”

So, what made these two guys want to start going to yoga classes, regardless of this societal view of gender restriction?

“Me and my friend, Mike, are just two very outgoing guys, ready to try anything new, and we ended up really enjoying it,” David said.

Sardone and David weren’t nervous going into it and had a good experience.

“We are pretty outgoing people and knew what we were getting ourselves into,” Sardone said. “Besides being the least flexible people there, it went flawlessly.”

Going against the norm of society, will always bring reactions, either good or bad, from peers or colleagues.

“They actually all said how badly they have wanted to try it,” Sardone said. “Every guy I know who has tried it, left with a smile on their face.”

However, David got a slightly different reaction.

“Most of them were shocked that manly men like us were doing yoga,” he said. “We would tell people and they would have a nice little chuckle.”

Males and females alike enjoy yoga for several reasons, but mainly as a way to relax

“I love yoga, I think it’s great; it trains body and mind,” Sardone said. “From your core to your balance, it does great things for you.”

Sardone is confident that there are guys who want to do it, but are afraid of the negative judgment that their peers imply.

“I’m not saying guys should bust out the ‘PINK’ yoga pants or anything, but give it a try,” he said. “If you’re an athlete, it will help in flexibility, core strength and breathing.”