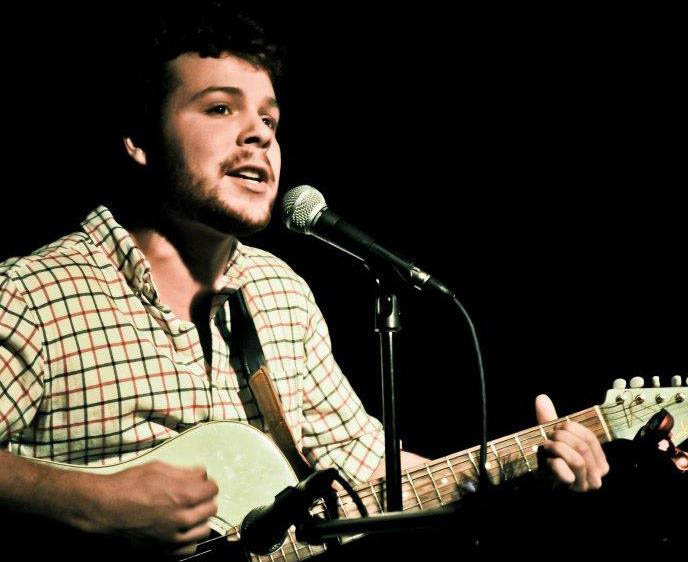 Whether you’re riding the subway from Queens to Manhattan or taking a trip on the Metro to the Louvre in Paris, you may have gotten to hear some music along the way.  It comes in different forms from different people, just like the students at St. John’s.

Jason Lapin, an English major in his junior year, uses local forms of public transportation to bring his music to the people of the city. The guitarist headed to Paris for this past spring semester and that included performing in a foreign metro system as a means of survival.

“Music pretty much kept me alive in Paris,” Lapin said.  “I ran out of money and the only way I had money was that I went and played in the subways and sang in English to the people.”

When he played in Paris, he would make around 30 euro a trip.  This gave him enough money to feed himself for a couple of days. In New York however, it’s very hit or miss.  He says he comes home with a few dollars some days and $50-$60 on others.

“Playing in the subway has had a huge impact on my life, just seeing certain things,” he said. “The struggle it is down there. There are people that have money, people who are poor, musicians who are trying to make it.  I feel like it’s such a beautiful environment, even though it’s so grimy and dirty down there.”

Lapin says he first started singing when he was a child, thanks to his mother who sang Opera.  It wasn’t until he was a junior in high school that he first started to play the guitar and according to him, he wasn’t very good.

“We have a piano in my house and my mom is always playing it,” he said.  “She pursued a career in music and it didn’t turn out so well, but she’s always been my inspiration.”

The Boston, Massachusetts native started to amass a small following when he arrived in college. At first, it was only a few people, but now, his music is being heard loud and clear everywhere from Marillac Hall, under a campus tree to his Townhouse bathroom.

“I was just doing it to have fun [in high school] and then probably freshman year of college I started getting a lot of views on my videos,” he said.  “Random people started saying I was good, so it inspired me to keep going.”

While Lapin has recorded music in the past, which can be found on his Youtube channel under “Jason Lapin,” he says he doesn’t want to rush into a full record until he feels ready and has a full band.

“I don’t want to start getting funding for an album until I feel I’m completely ready to write an album,” he said.  “I don’t want it to just be an acoustic album. So I want to get some sort of a band together.”

At the end of the day, he says he wants to pursue things his dreams, even though he may not be quite too sure what those are yet.

The question becomes, both for people who listen to Lapin’s music as well as for himself, what is that to him?

Jason Lapin will be performing live at the “R Bar” in Manhattan on Oct. 30.