Taking in Citi in Autumn 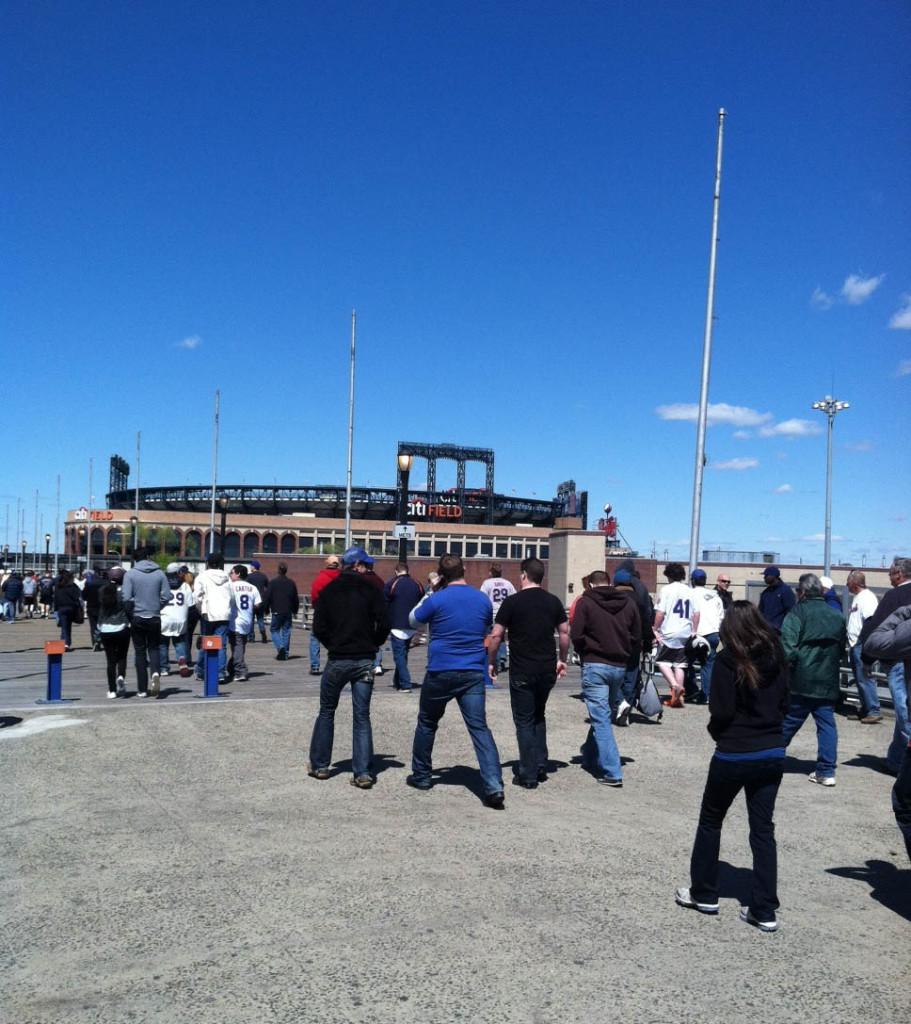 Being a baseball fan in the United Kingdom is a decidedly lonely existence. The social by-products that are normally provided by support of a particular sporting franchise, such as debate, discussion and argument, are no longer there, with all of my peers preoccupied with the goings-on within their own particular sport of choice. In reality, no one knows or cares who Mike Trout is, or how much of a chance he has of being voted MVP in his rookie season, and when you attempt to convey the significance of Felix Hernandez’s perfect game, you’re lucky if the person you’re telling can do anything except shrug their shoulders. Yes, the United Kingdom is hardly a hotbed of baseball enthusiasm, which is why it’s refreshing to be able to come to the United States, and experience the passion that people have for America’s pastime at first hand.

Personally, I am an LA Angels fan, owing to a game I attended two seasons ago at Angel Stadium against the Texas Rangers. It was not my first experience of watching baseball, but being there did nothing except affirm my love for the game. The atmosphere of watching a game on a Saturday afternoon was unbeatable, and a convincing victory against the eventual World Series runner-ups only further convinced me that the Angels were the team for me.

Last Monday I attended the New York Mets’ game against the Philadelphia Phillies at Citi Field, in what was a different, but no less endearing experience. At $10 per ticket, there really is no reason not to go, considering the cab ride is less than half an hour from campus. Although the Mets no longer play at Shea Stadium, that iconic, world-renowned stadium, Citi Field is a magnificent construction. It is vast, as evidenced by the walk-up to the very top of the bleachers, but somehow it also manages to retain a sense of intimacy, and a feeling that you are not as far away from the play as you may feel.

The game itself was hardly a classic, but I did get the opportunity to see a matchup of two of the best pitchers in the National League. The Mets ultimately went down 3 to 1 after a great pitching performance from Cliff Lee, while R. A. Dickey couldn’t manage to secure his 19th win of the season. Somehow though, that doesn’t feel as if it matters too much.  To simply get the opportunity to attend a baseball game was good enough for me. The communal feeling that one experiences when attending a major sporting event, and the opportunity to see some of the sport’s top players, meant that the day out was pretty much complete.

Ultimately, I came to the conclusion that, as long as the tickets are only $10, the opportunity to see Major League Baseball, even if it is the much-maligned Mets, is a great one. Will the Mets be winning a World Series any time soon? Probably not, but will I be attending one of their games again? Almost certainly.