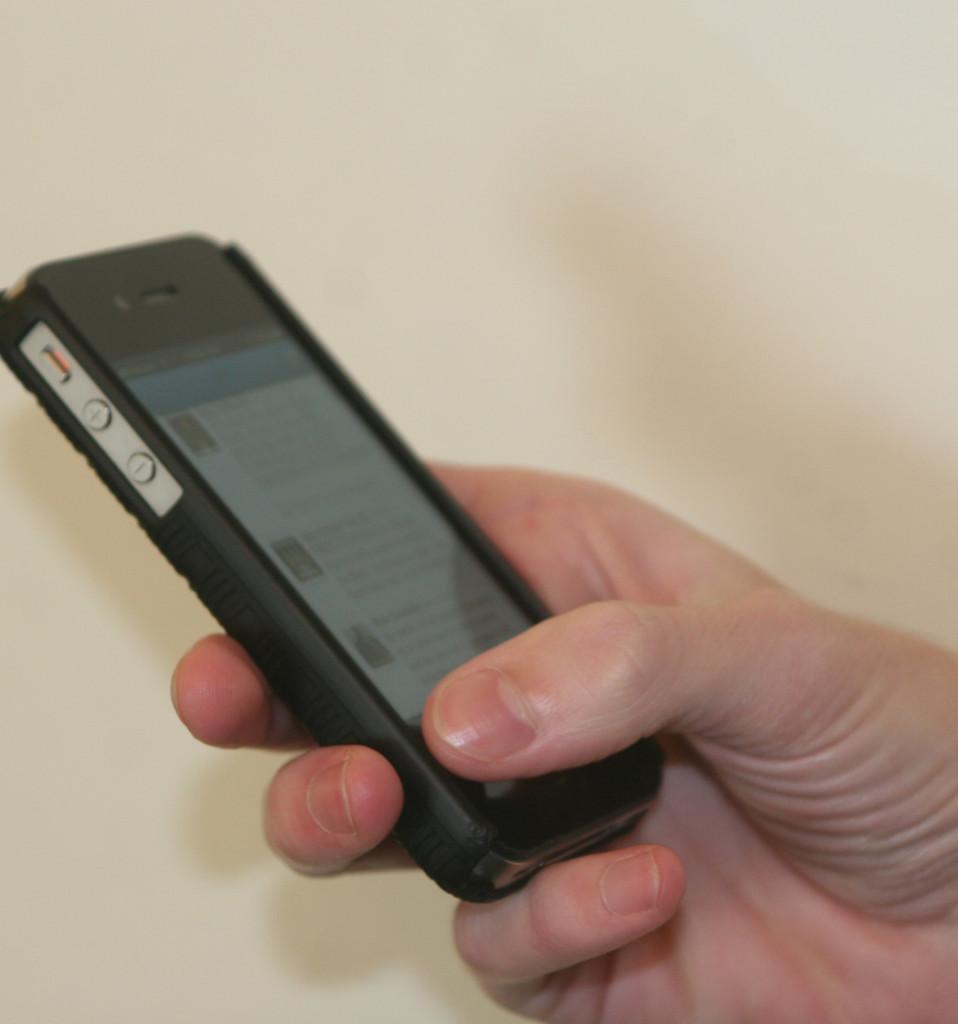 Apple’s newest product, the iPhone 5, is said to be the thinnest, lightest and fastest iPhone ever, but many are skeptical as to if it is worth buying. They are left asking if whether or not the upgrades and differences are worth leaving their older models or if they should stick with what they have for now.

“The iPhone 5 has not changed enough for me to go get it,” senior Astrid Cabanillas said. “A lot of people that I know, have it, but never had an iPhone before.”
People began preordering the iPhone 5 on Sept. 14 and when the phone hit the shelves on Sept. 21, consumers were ready to spend. IPhone 5 hit the market in eight other countries and as usual, the cost is around $199 for a 16GB version and $399 for a 64GB version with a wireless contract. When customers
sign up for new contracts, the “outdated” iPhone 4 is given away for free to people willing to accept a lower model.

Never before has Apple changed the size of their screen. It may come as a shock to some people that each and every one of the previous iPhones only had
a 3.5-inch screen, where as many Androids on the market have displays that are up to an inch larger. The iPhone 5 is now four inches, but the screen quality has remained the same. Apple stated that there are no more delays when taking pictures The rear camera now takes quicker photos and shoots better quality videos in dim lighting.

Another new addition is the ability to take panorama pictures, which string together multiple “shots” into one elongated image.  This may render the popular apps, such as Instagram, slightly less necessary even with its useful filters.

Now, what’s the big hype? Every other iPhone’s exterior looked the same. In fact, there were very few differences with the systems. From afar, the iPhone 5 looks like the iPhone 4S and the iPhone 4, but when looked at more closely, one will notice that it is coated in aluminum. Unfortunately, for those who are clumsy, this new exterior is more susceptible to scratching.

Those who recently joined the iPhone epidemic are bound to think the iPhone 5 is the best thing yet.

Ashley Ramsumair, a Health and Human Services major, patiently waited for her pre-ordered iPhone 5 and is now satisfied with all of its features.

“I used to have an Android and hated my phone,” she said. “Now that I have the iPhone 5, I think it’s exactly the same as the other iPhones, it’s just lighter.”

Though you won’t find much innovation on the iPhone 5, consumers preordered the new gadget weeks in advanced. For others, there is little doubt that Apple will come out with a “new” iPhone sooner rather than later.

“Apple always comes out with new products so it’s a good thing for them,” junior Jon Perez said.

Those with “outdated” iPhones, especially 4S users, aren’t getting left with nothing. They can opt to update their operating system to the new iOS 6, giving them many of the same features available on the iPhone 5.  For them, they may find it useful to wait one more “phone selling cycle” before making the jump to a new model.