Brooklyn Bridge Lives Up to Hype 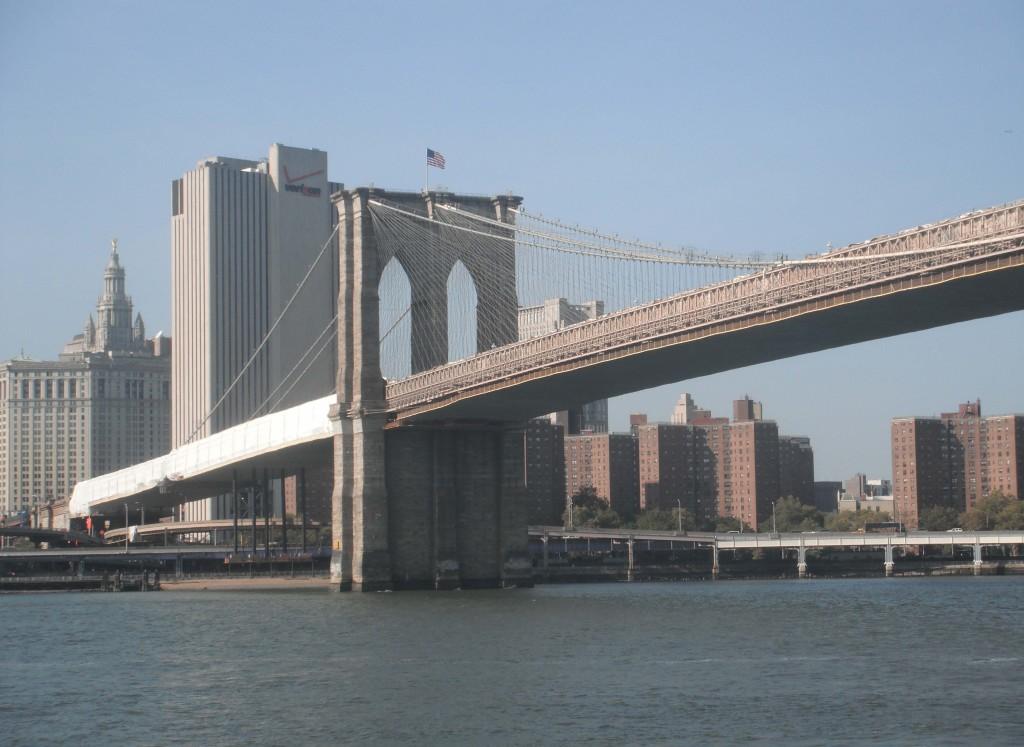 Out of all of New York’s most famous landmarks, the Brooklyn Bridge is perhaps the one that is most surprising. A monstrous structure, it serves to represent the height of the gilded age and American industrialization, with its scale reflecting the days when America was still growing into its status as the world’s preeminent superpower.

In terms of beauty and aesthetic appeal, however, it seems strange that such an uncompromising construction of steel and concrete would draw so much attention in a city that already boasts so many notable attractions. In spite of this, walking the Brooklyn Bridge is on the list of many first-time visitors to New York City, and it holds its place as one of the most recognizable and iconic structures in the world.

In many ways, this status has been facilitated by popular representations of the bridge across the realms of art, film and literature, which dates back as far as its own existence. Painters, photographers and writers have long been fascinated by its size and nature, which provide a raw and rigid focus for many movements within the arts. In film, its significant presence in pictures such as “Once Upon a Time in New York” and “I Am Legend” has helped to create a mystique around the bridge, and poets such as Jose Marti have often commented upon its significance in poetry and literature. In art and photography, figures such as Georgia O’Keefe and Karl Struss have done a lot to enhance interpretations of the Brooklyn Bridge, and entire studies could be devoted to depictions of it, and the ways in which the depictions have shifted over time.

To walk the bridge is a breathtaking experience, and upon my own visit last week, the culmination of these aforementioned interpretations was never more telling. The style of the bridge itself, its steel wires imposing heavily on any view, is spectacular enough, but the scene that makes itself clear from the ideal perspective at the center of the bridge is magnificent. Straddling the East River, and providing the perfect perspective on the eclectic mix of architecture and cultural influences present in Brooklyn and Manhattan, the bridge presents a perspective of New York that is perhaps unequalled, a relatively street level look at the ways in which New York, one of the world’s paramount cities, has shifted and changed in the time since its formation.

How does the Brooklyn Bridge fit in with other attractions in New York? The Empire State Building, Central Park, and Times Square, each has its own merit as a New York landmark. However, there is something abot the bridge that makes it so special – both geographically and visually. It evokes so many emotions and feelings that other attractions cannot provide, and I strongly encourage anyone who hasn’t yet to experience it for themselves.