It’s Not All Division I Basketball at St. John’s 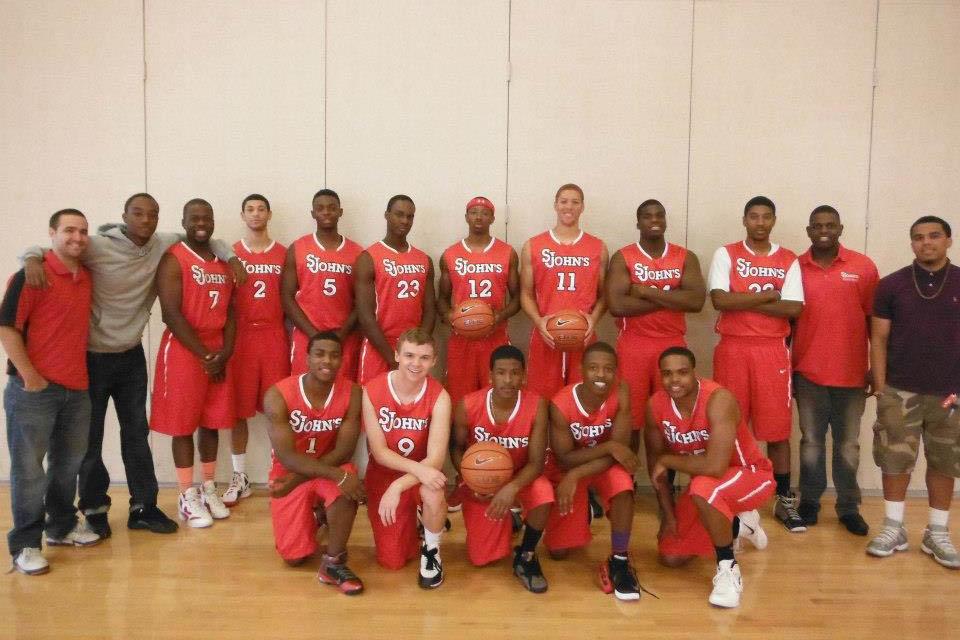 When many think of St. John’s University, the first thought that comes to mind is the renowned Division I men’s basketball  team.  What most do not realize though, is that St. John’s also has a competitive club basketball team that’s reputation for winning is quickly spreading across the Northeast.

The club basketball team at St. John’s was assembled just last fall, but with a record of 17-3 last season, and having beaten teams like Yale, Cortland, Hofstra and Penn State, it is difficult not to notice them.

The team held their two-day tryout early last month and they have wasted no time beginning preparation for the upcoming season, according to head coach Casey Ellin.

Ellin explains many do not realize how competitive the club basketball team at St. John’s actually is.

“This year we had I believe 67 kids try out,” Ellin said. “We took fourteen.”

The season kicks off this Friday night, Oct. 26 in Taftner Field House. The team will be taking on the Staten Island Campus.

“Last year losing twice in the finals in those tournaments left a sour taste in our mouth,” Ellin said. “We are excited for this season.”

Prior to establishing the club team, Campus Recreation would take the winning season intramural basketball team to one of the regional tournaments to face up against other universities.

In 2009, one of the intramural teams won a regional tournament, but the next year, the winning intramural team at St. John’s did not even qualify. One disadvantage was that most other universities at these tournaments were club teams.

Ellin said he knew there was enough talent at St. John’s that it was time to create a club team that could continue to compete at a higher level. Alongside Campus Recreation, Ellin helped organize the first club basketball team on campus in years.  Ellin has several student assistant coaches that help him make sure the team is up to par.

The club basketball team at St. John’s is yet another opportunity for students that do not qualify for a Division One sport at the University, to still participate in a competitive sport while in college.

The team will be traveling on Nov. 2 to James Madison University in Virginia to participate in the Duke Dog Classic with 20 other teams. The team usually rents outside vans to transport players to away games.

Ellin stresses all students are welcomed to watch the club basketball teams games and they are hoping to get more student supporters this year.

Kevin Bonner, senior point guard, is one of the returning six players from last year. Bonner has worked at Campus Recreation for years and was really excited when he heard St. John’s was creating a club basketball team.

Bonner, a former High School basketball player, explains that basketball practice gets intense and the players work hard to carry on that intensity
into their games. Bonner has high hopes for his team and wants to see them win a national championship in the near future.

“I am doing the thing I love which is basketball,” Bonner said. “And I love that I get to represent St. John’s.”