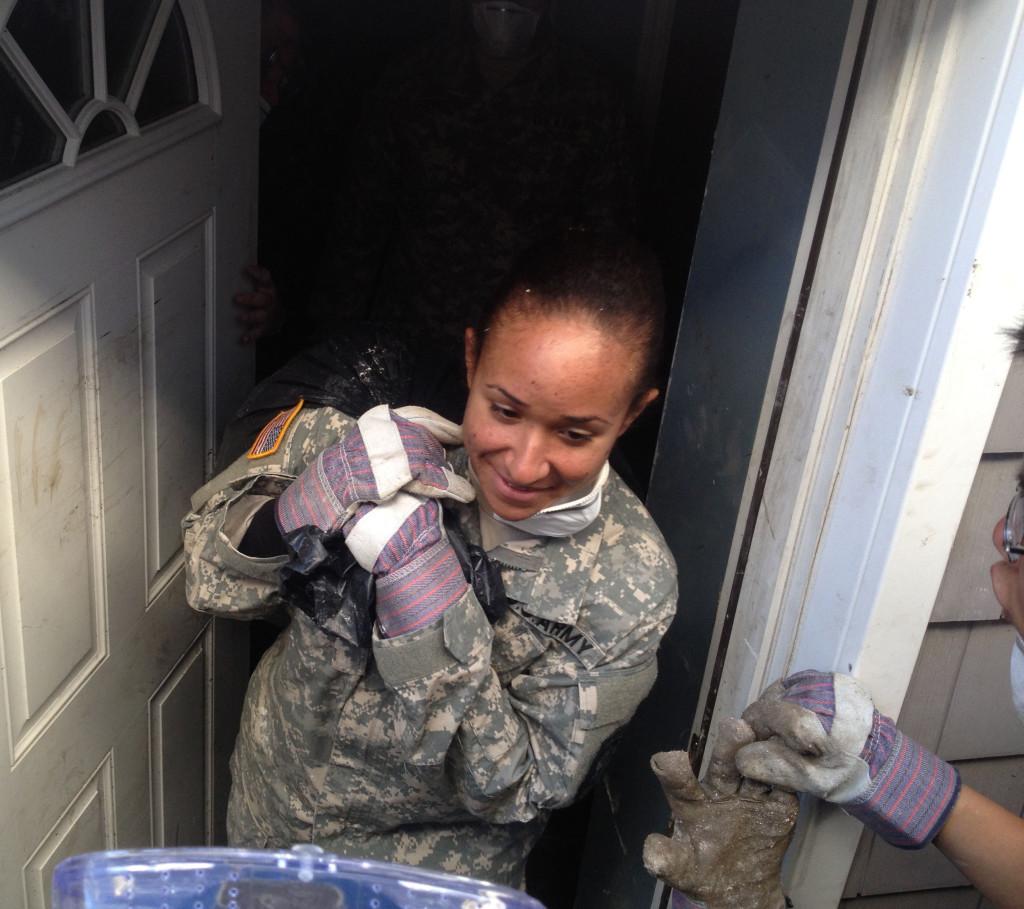 When Superstorm Sandy hit, the damage was felt throughout every part of New York, coastal areas were flooded and some houses were washed away completely.  For some ROTC cadets, this resulted in being mobilized by the National Guard in their efforts to help with the hurricane relief.  However, the university ROTC organized several outings to participate in several relief efforts in Queens at Breezy Point and Howard Beach.

ROTC helped the family of second lieutenant Jim Lavin, an alumnus of St. Johns, at Breezy Point where Hurricane Sandy had been particularly devastating.  During the night of the hurricane, homes that were devastated by the storm were also affected by an electrical fire that broke out during the chaos and 80 homes burned down before firefighters could bring the blaze under control.  Located on the western edge of Rockaway Peninsula, the small community was particularly devastated as the surge reached four feet and caused major flooding.

“To be honest you couldn’t tell much from the outside,” ROTC cadet Armany Hildago said. “The only way you could tell was the large piles of debris and sand. Unless you went in firsthand, you wouldn’t see the damage that person’s home had been through.”

The cadets worked for several hours accomplishing what would have been several days worth of work for the family.  They knocked down walls, moved furniture and appliances for Lavin’s family as well as the surrounding community numbers.  The cadets worked tirelessly to help those adversely affected by Hurricane Sandy.

The cadets also went to Howard Beach, where they coordinated two relief efforts to help Alexandra Bello, a junior, and other members of the ravaged
community.  Flooding damaged many homes in the area and even managed to carry cars away from their parking spots. Howard Beach was among the hardest hit Queens neighborhoods according to the Queens Chronicle, where flooding reached as high as 10 feet.

“What struck me the most was how harsh the flooding was,” sophomore Jeremy Liker said. “The water submerged cars. At one point I could never imagine it happening, but it did. I enjoyed helping because I was able to help others who were not able to receive normal help, I knew that if that had happened to me it would mean the world to receive help.”

Bello, a junior, didn’t evacuate from her home as Sandy made landfall. Instead, she watched helplessly as the ocean entered the first floor.

“I never left, I was there the whole time,” she said. “I stood on the second floor landing and watched my furniture float away.  Next day when the water left my house, the couches were in the kitchen and the dining room table was in the living room and photos were floating in the water.  You pretty much just watched helplessly as your stuff floated away.”

“[The ROTC] came in and did work that would take my family work in four hours,” Bello said. “They did work. I’m very grateful that they came.”