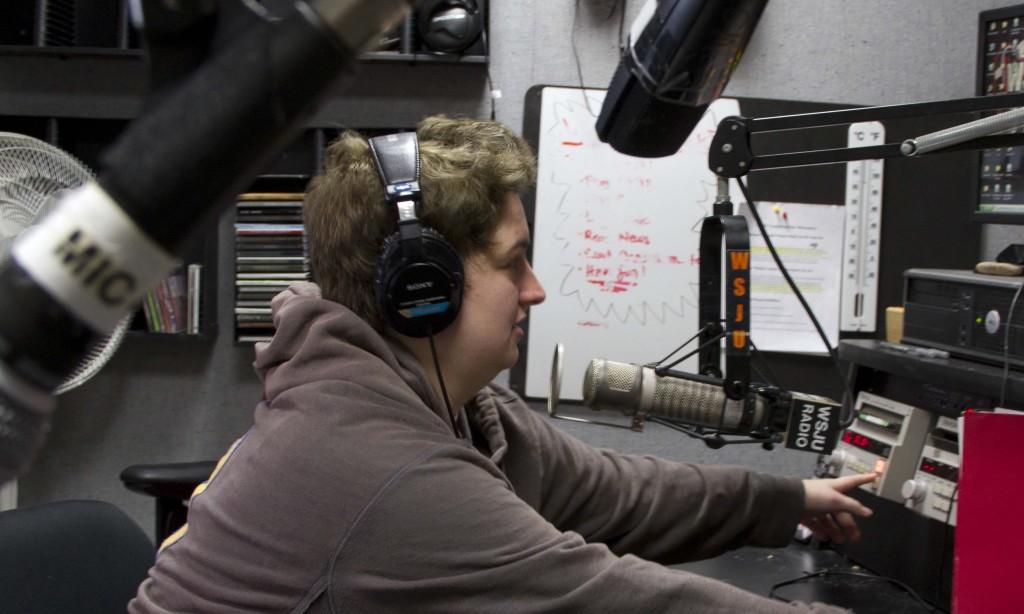 WSJU, which began in 1974, is the on-campus radio station for St. John’s University. The club, which is run entirely by students, depends on other students to listen in and make it a viable media outlet for the school.

Since the station’s inception, the station has gone through different transitions and continues to expand its team, bringing new ideas to the table. As an official member of The National Association of College Broadcasters as well as the Intercollegiate Broadcasting System, it aims to keep listeners entertained through different show formats.

In addition to the different music genre shows, there are different genres and specialty slots offered. They include formats such as talk shows that talk about gossip or news as well as specialty music shows that focus on certain aspects of a genre. There is also a sports department, where members can host sports talk shows and get a chance to do play-by-play for St. John’s sporting events, including men’s basketball and baseball games.

“Everything is run by students,” said Cristina Marcello, the general manager of WSJU. “They get the ability to have hands-on experience and learn at the same time.”

Recently, several changes have been made to the station. According to Marcello, not only is the team planning new and exciting events for the spring semester, but the station as a whole is doing everything it can to gain popularity. The station’s expansion project has started with the Internet, creating a YouTube Channel and also the newly-made website. By reaching out to social media, WSJU has been able to have over 1,000 Facebook likes as well as get the message out to St. John’s students that they are the station’s number one priority.

“Students need to be more interested so that we can branch out more,” said David Burgos, WSJU program director.

In order for WSJU to thrive, the students need to become more involved. Burgos said the station wants more dedicated members but it needs active listeners to tune in. Currently, the website is being renovated to make it easier and more convenient for students to listen to the live stream. Before the webpage, students could only listen in the Marillac Cafeteria and on channel 36 on the Residence Village TV service but now, the Internet makes tuning in easier.

After becoming an official member of WSJU and having a music show for a semester, each student is able to have his or her own specialty show. Marcello has her own British Rap themed show where she plays unique hip-hop from the UK.

Each member can take part in one or more of the aforementioned departments as well as production or promotions. The station covers all genres of music including Reggae, Latin, Loud Rock, Hip-Hop, Urban and more. The station plays little to no country music due to the fact that it’s not as popular in the city, but that can change if students use their voices.

Students are not required to have a certain major to join the WSJU team, nor do they have to know anything about radio production.

“There are hidden secrets here,” Burgos said. “Connections are built. I am sure I’ll be working in this industry.”

WSJU’s space, located on the fourth floor of Marillac is open to everyone. The students involved are welcoming and eager to help anyone who walks through the open door.

Check in with the station in the near future for information regarding upcoming events such as the “Rap Battle” in the spring, where students will have the chance to vote on the YouTube Channel for the best rapper, and tune in to the shows at www.WSJUradio.org.