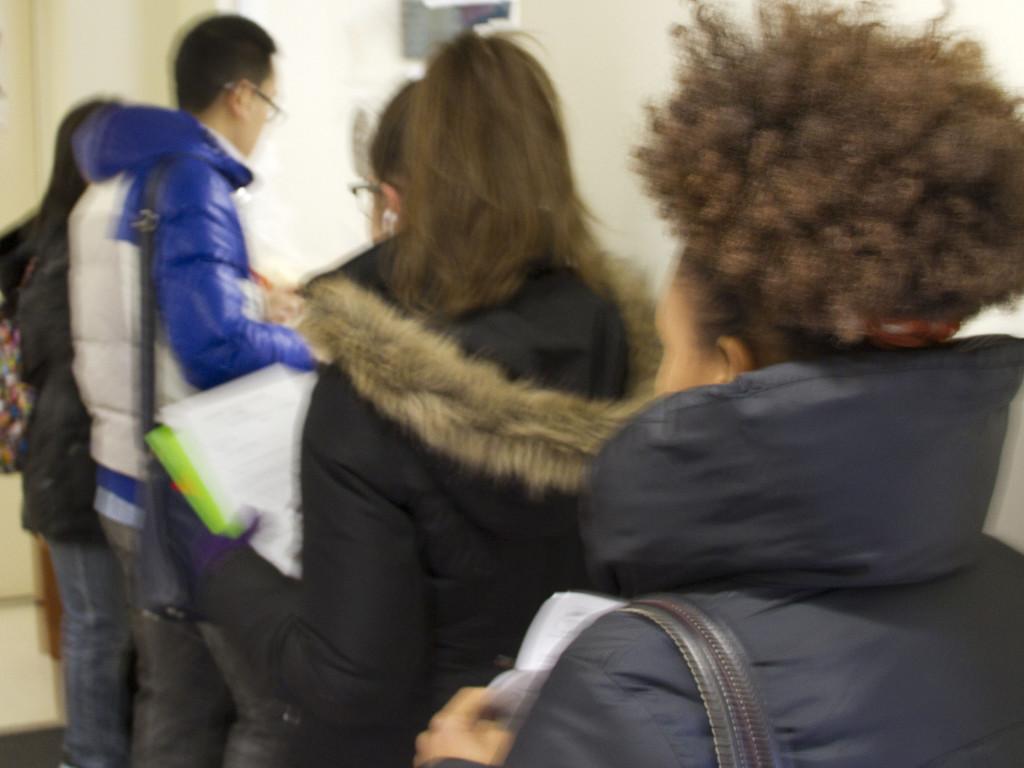 With a record flu season in full swing, people all across the country found themselves ringing in the New Year sick and St. John’s University students were no exception.

Over winter break, many St. John’s students became some of the thousands that fell ill with the flu. Most of those who fell ill described their bout as, “the sickest I have ever been.”

“I had the flu Christmas morning,” she said. “The night before, I felt perfect like nothing was wrong, but [then] I woke up at 6am throwing up.”

Khouri explained that Christmas this year was nothing like she expected.

“I was pretty delirious for it being Christmas morning,” she said. “I hardly remember it. I was so tired and shivering with body aches, yet I was also sweating. It was the worst.”

Senior Kerry Sullivan also spent her holiday in bed with the flu. Sullivan, a Massachusetts native, was unable to travel home from Queens because of an extremely high fever.

“I couldn’t go home for Christmas because I was too sick,” she said. “ On Dec. 26, I went to the Queens Center Hospital emergency room because I couldn’t get my fever down.”

Sullivan described her experience as miserable and scary. When the doctor at Queens Center Hospital left Sullivan with only a bottle of Ibuprofen, she felt desperate.

“I tried to get the nurse at St. John’s to see me,” she said. “ But apparently she doesn’t work around Christmas time.”

Both Sullivan and Khouri eventually recovered, but the same cannot be said for everyone that has come down with the flu this winter.

“Students should come to campus prepared,” Pauline Tummino, Director of Health Services at St. John’s said via email. “The most important action you can take is washing your hands with soap and water frequently.”

According to NBC, this flu season has claimed an abnormally high amount of lives including that of 29 children. More than 5,000 people have been hospitalized because of the flu over the last few months.

St. John’s has been trying to take the necessary steps to educate and protect students against this widespread flu outbreak. On Jan. 11, Dr. Kathryn Hutchinson, Vice President of Student Affairs, released a letter addressed to University students. This letter responded to the flu advisory the NYC Department of Health and Mental Hygiene issued.

“As the Spring 2013 semester is approaching,” she said, “We want you to be prepared so you can minimize your risk of getting the flu or other illnesses.”
The letter goes on to provide students with several steps to take to avoid getting sick.

“If you haven’t already done so, please speak with your family and health care provider about getting a flu shot,” she said.

Khouri says she regrets not getting a flu shot before she got sick.

Even the flu shot may not be enough to protect people against the illness. Sixth year pharmacy student, Demet Ozdemir received the shot in early November and came down with the flu just two days later.

“When you get the flu shot, there is still a two week period where you can still get the flu,” she said. “My pharmacy rotations were all in hospital settings and I figured I needed the shot. But I was too late apparently.”

Ozdemir was sick for about a week.

“Basically, I could not move at all the first four days,” she said. “It was almost to the point I needed to go to the emergency room.”

“The University provided a flu shot clinic on the Queens campus in November,” Tummino said. “Flu vaccines are covered under most insurance plans, can be administered at local pharmacies, and are offered by state health departments in all states, sometimes free or low cost.”

Hutchinson ends her letter to students with the statement, “Have a healthy and successful semester!” Something that all students are hoping for.