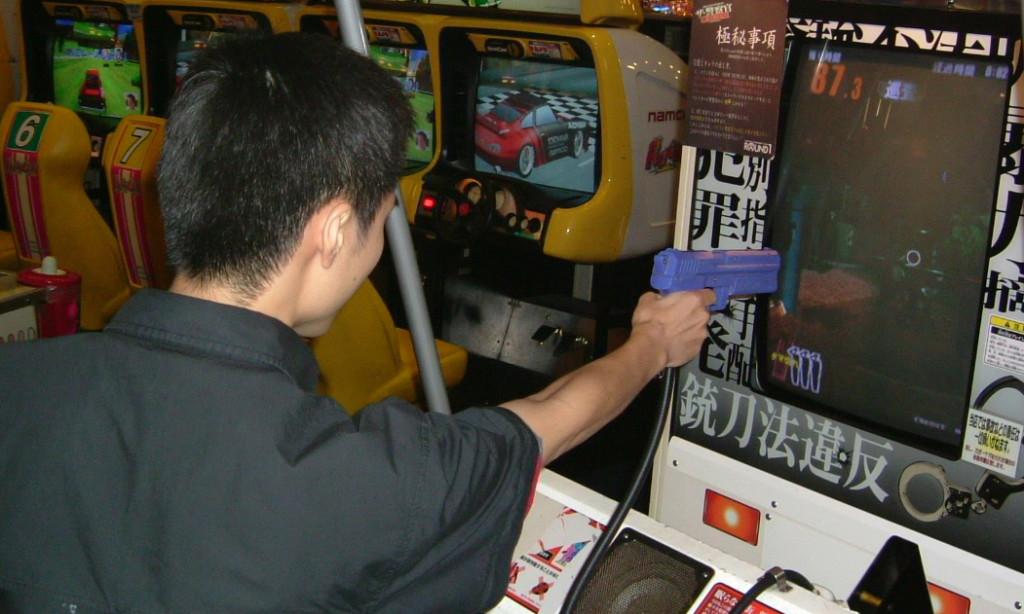 Whenever there is a mass shooting, the media has always been scrutinized whether the focus is on song lyrics, news coverage, movies or video games. After the shooting at Sandy Hook Elementary, the issue is again in the spotlight and St. John’s students are once again involved in the debate.

After the shooting at Columbine, “Doom”, a first-person shooter video game was heavily criticized. The shooting in Aurora, Colorado last year at the premiere of the latest Batman movie was speculated to be inspired by a scene out of the comic book, “Batman: The Dark Knight Rises.”

“Yes, there is a correlation,” freshman Eli Labayen countered.  “Media desensitizes viewers to violence through daily TV shows, cartoons and action video games.  Some become inspired or attempt to copycat what they see on TV , mistaking it for what it is, just a show.”
Following Sandy Hook, director Quentin Tarantino refused to answer questions about justifying his holiday movie, “Django Unchained” in an interview, believing it isn’t the artist’s job to justify his product and that it’s simply entertainment.

Junior, Matt Heron, believes that artists shouldn’t have to justify their work,  Stating that, they are simply doing their job and making a product.
“But they should explain why they’re so sick in the head,” Tazhathukunnel said in similar fashion. “Who came up with ‘Human Centipede’?”
However, such media is often part of everyone’s everyday life.  In one form or another, by the time one has reached college, they’ve almost certainly seen someone die through some form of entertainment media.

Which brings the next questions, where does the debate head next,and how will the relationship continue to evolve in the future? Since Sandy Hook, the gun control debate has reignited and media is being examined more than ever.  Vice President Joe Biden pondered the issue of violence in entertainment during his time creating the gun reform laws being fought for today.

In Oklahoma, Rep. Diane Franklin proposed a tax on video games of a teen or mature rating to fund mental health programs. California also faced a battle over a law dealing with the banning of violent video games to minors in 2011, which was eventually struck down in the U.S. Supreme court.

“I think real world violence affects the media more than vice versa,” said Heron. “ People in public commit those crimes and media imitates those crimes.  One good argument is that media is like peanut butter, some people can eat it, others have adverse reactions.”