Campus vibrant during the summer 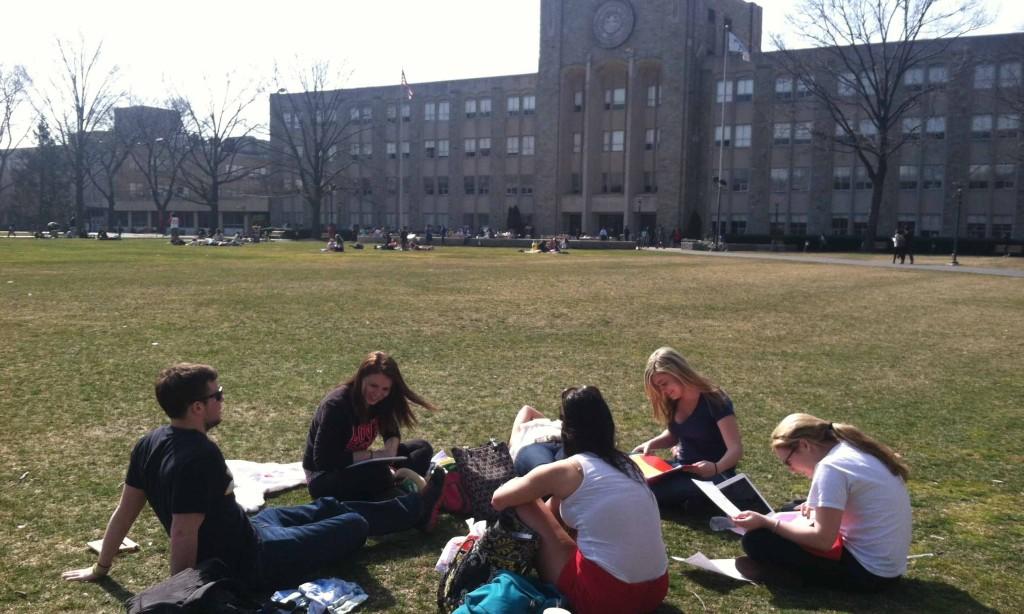 The sun beats down on campus, seemingly begging you to join in on its warmth and perhaps come out of hibernation after a frigid winter.

The only thing stopping you is that it’s finals week.

After exams, you escape from campus with nothing but that semester’s weary memories and the dirty laundry you’ve built up, thinking that campus is only alive and well when filled with students.

However, St. John’s is no ghost town in-between semesters.

During the summer months, the University is busting with teenagers from Italy who can’t wait to get a taste of the big city while learning English.

Master Studio, the foreign program that aids the students, not only teaches them English, but immerses them in one of the most fast-paced cities in America, Gen Prifte, one of the project managers said.

Master Studio accounts for millions of dollars in revenue for St. John’s every year according to Prifte, and in turn the Queens campus houses thousands of teenagers under the age of 18.

Conference Services runs the Residence Village for these guests from mid-May until early August, says Prifte.

“The guests might not arrive until after the semester ends but the preparations begins way before that,” he said. “The office started interviewing student workers at the end of February for all of the departments.”

The main departments are Housekeeping, Registration, Facilities and Student Ambassadors, all of which play an integral part in making everything run smoothly, according to Prifte.

The first American faces that these anxious kids see are those of the student Ambassadors who pick them up from the airport.

“I wasn’t really sure what to expect when my team and I did our first airport pick-up, but it turned out to be really surprising,” Student Ambassador Caterina Capizzi said. “The kids were overwhelmed at first, but still likeable because they have such an affectionate culture.”

Capizzi’s duties included making sure the kids arrived safely on the Queens campus, eating nearly every meal with them in Montgoris and even looking up monuments and restaurants for them to visit on their city excursions.

“What I found the most interesting was that these kids believed all of the American stereotypes they saw on television,” she said.

However, not all of the duties are as rewarding as interacting with the eager guests.

The Facilities Department handles setting up for events such as the Farewell Barbecue and cleaning up behind the guests in Montgoris Dining Hall after each meal.  According to members of the housekeeping team, things get messy during the summer. The housekeeping team stocks every room with sheets, pillows and blankets. They clean up each room after the students leave, file damage reports and make repairs as needed.

“I’ve got several friends who have worked for facilities during the summer and the difference is like night and day,” a member of the housekeeping team said. “The kids from the Master Studio program aren’t the neatest people.”

But campus is as good as new come September when Residence Village is overcome with fresh-faced freshmen for orientation, and before you know it, it is move-in day.