Everything changed while on the Great Lawn 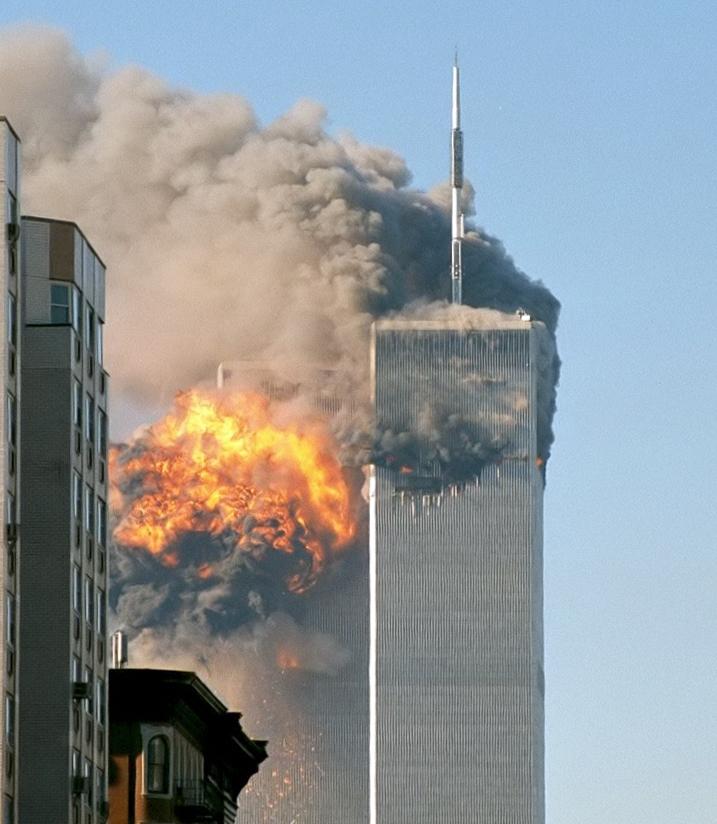 World Trade Center towers on September 11, 2001, just moments after they were attacked.

Mary Pelkowski stood on the Great Lawn on Sept. 11, 2001—setting up for the fall activities fair and waiting to greet students as they hurried to their 9 a.m. classes.

But campus was deserted and the students never came by walking.

“The later that hour got, I started thinking to myself, shouldn’t people be going to their 9 o’clock class? So I was alone on the lawn,” she said. “It was like a ghost town on the lawn. It was surreal now that I look back on it.”

Eventually someone from the library came outside; they told her a plane hit one of the World Trade Center towers.

Pelkowski quickly made her way to the old University Center on campus. Huddled around several big screen televisions with her colleagues she watched as life as she knew it evaporated.

From the St. Vincent’s stairway, the smoke from the towers could be seen rising into the air. Pelkowski took a moment at the stairway overlooking the skyline, where the towers no longer stood, debris and smoke in their places.

“You could really see the smoke,” she said. “I think it was more of a pause to be like, could this really be happening? And then going down and seeing it on the TV… Wow this really did just happen to us.”

The rest of the day was hectic. Pelkowski stayed on campus through the night assisting the Red Cross, students and reassuring worried parents.

“We weren’t going to bed that night until we knew every St. John’s student was safe and sound,” she said.

One moment stood out in her mind in particular. Standing outside with Campus Ministry, she looked up and saw the students from the Manhattan campus walking towards her.

“Many of them without shoes, they just left there and walked,” she said. “And they didn’t know where to walk so they came here.”

The students were without working communication devices and transportation. They had evacuated the campus and walked over 12 miles to the Queens campus, where they would remain for the rest of the semester.

In the days to follow the University worked to accommodate the Manhattan campus students. Pelkowski said Campus Ministry was instrumental in making sure the students had clothes, toiletries and beds to sleep in.  She said the Vincentian and Catholic spirit was alive.

“Our first priority were our students,” she said.  “It was those days following I was like, wow, St. John’s really is a community.”

Pelkowski went with the Manhattan campus students to retrieve their things a few days after the attacks.

“They were emotional. I think because it was so close…It wasn’t like it was miles and miles away,” she said. “It was emotionally draining.”
The smells and sights still remain in her mind. When she brought the students to gather their belongings she became acutely aware that sometimes the little things really do matter.

“I think our church is the biggest symbol of that day,” she said. “It shows that our faith is everlasting.”

The St. Thomas More Church was donated in memory of an alumnus of the Law School who was killed in the attacks. A piece of the World Trade Center remains inside the church. Pelkowski said she hopes people continue to remember that day for years to come, as well as the people lost and the heroes who sacrificed their lives.

“Our lives were changed forever,” she said.