Haraya hosts ‘Jump Off’ on campus 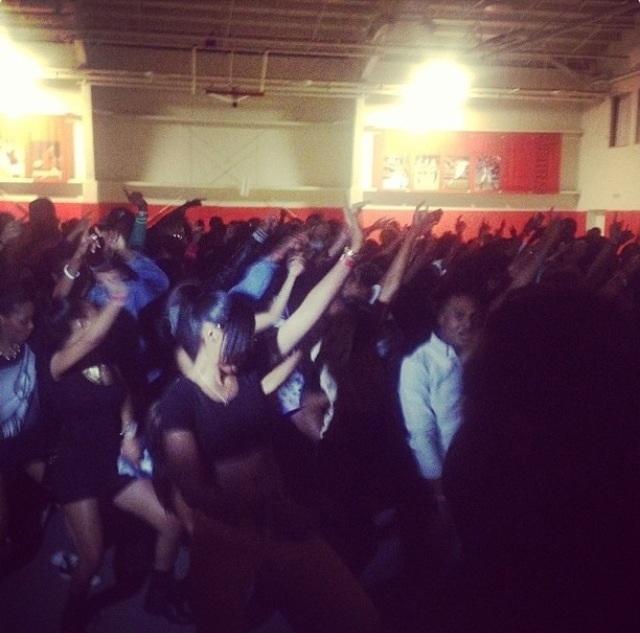 Students and friends having a great time at the "Jump Off" event hosted by Haraya.

To conclude the first full week of classes, Haraya held its semester kickoff known as “Jump Off” in Taffner Field House on Friday evening.

When I arrived, the entrance to the party was exceedingly packed. As I stood outside waiting to get in, I could feel the anticipation from everyone around me. Some people were dancing to the music that they could hear from outside.

Many students brought guests from other colleges, giving them a chance to see a St. John’s party. It took at least 20 minutes to get into the event. Upon arriving, the music was thunderous and people were dancing to the rhythmic beats.  DJ Zeke did an outstanding job DJing at the event with his upbeat mixes.

“It was one of the best parties in a very long time,” DJ Zeke said. “The organization did a great job at promotion.”

There didn’t seem to be a single individual who looked uninterested. Everyone was dancing together. Whether people were with their friends or meeting new people, everyone seemed to be having a good time. At one point I forgot I was at a school event, but rather at a club.

Nechelle Jean, a new transfer, didn’t know what to expect at the event.

“I am so glad that I went, it was so much fun,” she said. “It made up for all of the stress that the first week of classes brought. I cannot wait to attend the Jump Off next year.”

Jump Off was a great chance to catch up with old friends and also a possibility to meet new ones. This was a great end to the first full week of classes.