Musicians use voices to raise money for kids 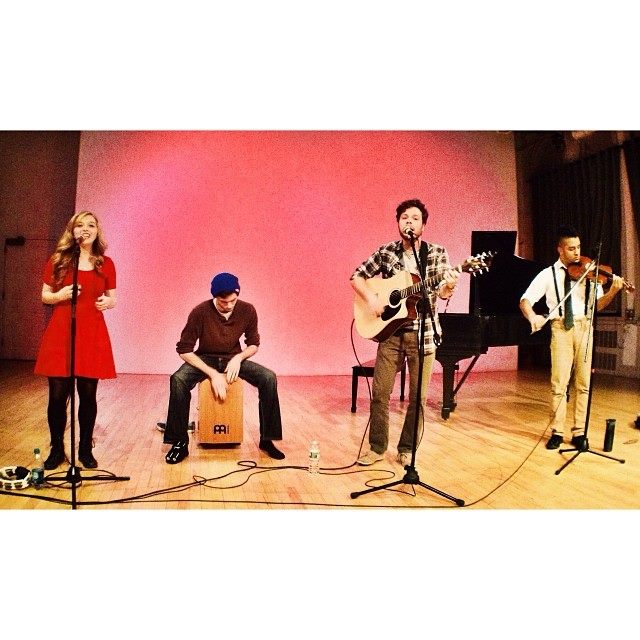 Beneath every fundraiser, there is a coordinator with a passion. This is the case for senior Jason Lapin as he pairs his musical talents with his devotion to charity. Lapin is one of the few performers that recently raised over $2,000  on campus for a terminally ill boy to a special camp with his family.

In efforts to sponsor this boy and his family to attend this week-long camp, Lapin teamed up with fellow St. John’s musicians Alan Garcia, Stephanie Margiotta and Kyle Conlon. Together they raised the necessary amount of $2,000 to send 15 year-old Melvin Pananeno, diagnosed with lupus, to Camp Sunshine.

Lapin has worked with Camp Sunshine almost every year since his favorite teacher got him involved his junior year of high school.

“It’s literally the happiest place in the world, you really gain the most perspective on life there,” Lapin said.

Camp Sunshine, located in Maine, is the only center in the nation that creates a haven not only for the children with life-threatening diseases, but their families as well. The children range from a month old to 18 years old and spend the day doing fun activities while the parents get counseling.

Well-known for his performances around campus, Lapin expands his horizons as he recently released an EP, or an extended play,  titled “Friendly To Strangers,” which is now available on iTunes as well as Spotify.  Lapin recorded this EP, released on Oct. 29, with St. John’s students and alumni.

“Friendly to Strangers” not only titles Lapin’s album, but describes his altruistic persona as well.  It contains feel good songs with a lot of heart, and talent, beneath them.

Lapin says, “I’ve been writing music for six years now, but I never came out with anything; it just felt like the right time. The EP has three songs and the ideas are kind of cliché, but I tried to make them all personal to me. I wrote one of the songs for a friend I had who was gay and was struggling with his sexuality, so the song was kind of an ‘I love you dude, be who you are,’ song. ”

Lapin states that he plans on continuing his devotion to Camp Sunshine, as well as his prospering career in music.

His“Friendly to Strangers” EP can be found through iTunes and Spotify today.