The soundtrack to the D’Angelo Center 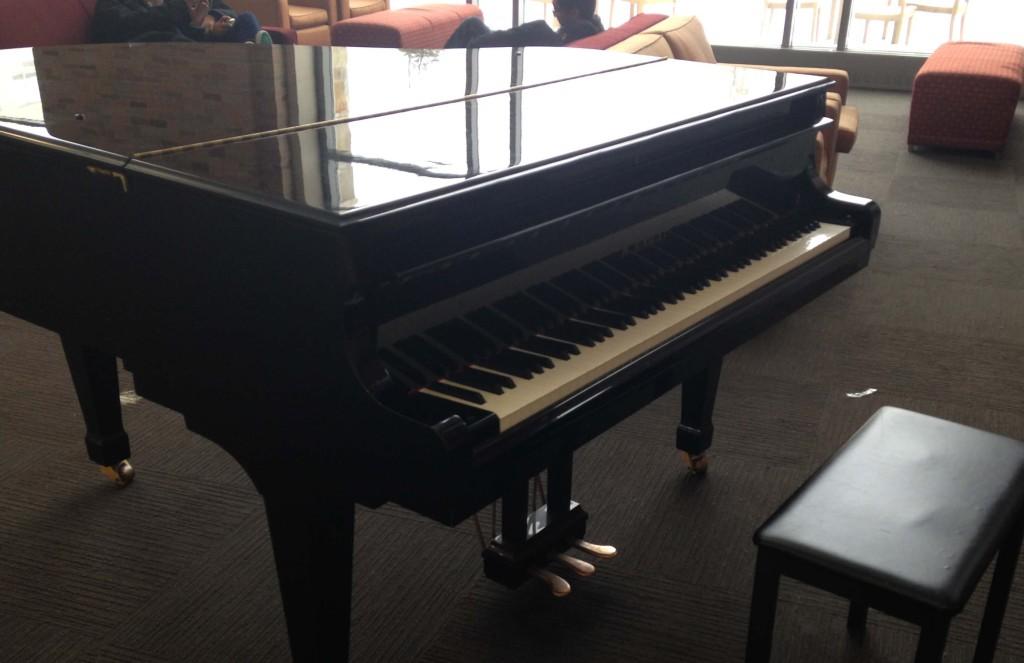 The DAC piano that students often play throughout the day.

People gather in the D’Angelo Center – some of them sitting by the fireplace with their friends, others doing work on their computers or checking their social media sites. That routine is usually accompanied by its own soundtrack.

People can be seen grabbing their Starbucks, waiting for class—and some may even be taking a nap. Vanessa Carlton’s “A Thousand Miles” instrumental is being played in the background by senior Bickner Jecrois.

Whoever the people that frequent the D’Angelo Center may be, either faculty, staff or students, they all listen to the same sound when hanging out in the living room or the coffee house: the piano playing in the background.

Jecrois said he feels “relieved” whenever he plays the piano.

Though many see the piano as a positive addition to the living room environment, there are others who work closely to the piano and find it to be distracting at times.

Travis Walls, a coordinator of student development, works in the office in front of the piano, and admits its sound can be “sort of nuisance” and inhibit their productivity.

However, Walls added, “It’s nice for our students to have an avenue where they can continually play and practice their craft.”

Others don’t mind hearing the piano.

Sophomore Alexis Minichini said the piano should be restricted for those who are skilled players.  She thinks it would be more entertaining that way.

“I think they should make a try out for people to play,” she said. “I wish everyone who plays the piano actually knew how to.”

Junior David Everett, another student who plays the piano in the DAC, has turned to music as something medicinal since the time he was 13. According to Everett, the piano in DAC is a great open platform for those who want to play and express themselves. For him, it’s exciting to play music for students because he feels that it’s appreciated.

“It’s not as if you’re just sitting here in a quiet room by yourself, it’s like you’re open to everybody else,” Everett said. “I get students that come to me and say things like ‘it’s so relaxing when you’re playing’ or ‘I really like that song,’ so it’s cool.

“It’s expressive for me, something I enjoy doing,” he said.