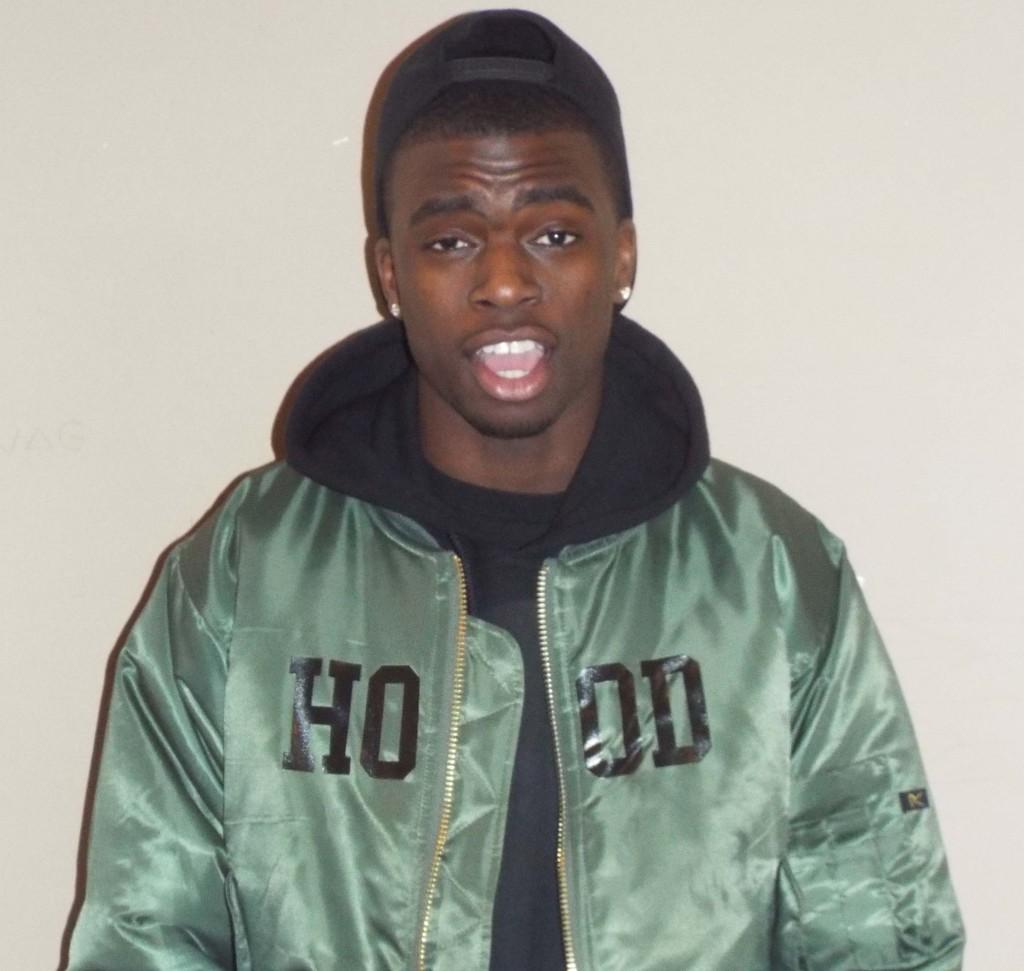 Fashion comes in waves and Jerome Perry, a sophomore at St. John’s, plans on riding this wave for a long time.

“The line is meant to give people the motivation and inspiration to use their goals and aspirations to get whatever they want out of life,” Perry said. “I want to tell a story with the line.”

The Maryland native combined his love for art and clothing to “accidentally” create H.O.O.D.

“When I made my first shirt it was kind of a joke. I was sitting in my friend’s basement, and we thought what if we put that [painting] onto a shirt, and incorporated a slogan and a number onto the back,” he said. “We made it and I posted it on my Tumblr. I got orders immediately.”

The joke ended up with fashion lovers around the world reaching out to purchase his pieces. Through his blog, Perry has shipped t-shirts, bomber jackets, windbreakers and other apparel across the Unites States and overseas, including Germany, the Netherlands, Switzerland, Australia and the United Kingdom.

With the creation of the line in May 2013, H.O.O.D. originally targeted high school teens and college students; however, the brand has gotten attention from older demographics as well. The management of recording artist Kendrick Lamar was interested in the brand and reached out to Perry for a few sample shirts.

“I shipped those the day the Control verse dropped and then he [Lamar] disappeared for about three months,” Perry said. “Hopefully, Kendrick has it or someone in his circle does and it’ll pop up.”

Perry hardly finds free time between school and his business.

“I have no free time,” he said. “I market, I design everything, I promote, and I produce commercials and photography.”

Inspiration from fashion lines such as Pyrex, Jordan and Hood By Air gives Perry inspiration to become a stand-out character in this industry. He partners one of the H.O.O.D. bomber jackets with a black pullover hoodie and black Yeezy sneakers, designed by one of his inspirations, recording artist and fashion designer, Kanye West. Like West, Perry wants to stretch his brand to other industries.

“I plan on getting into different things such as scholarships, charities and maybe opening a school,” he said.

On Feb. 11, Perry will be participating in the 2014’s Street Wear Fashion Show in SoHo alongside veterans in the fashion game.

“I’m a little nervous,” he confessed.

Perry wanted to attend law school after finishing his undergraduate degree at St. John’s, but his plans have drastically changed. His desire for the fashion industry has inspired him to continue his entrepreneurial dreams after college and he wants to take the St. John’s community with him.
He plans to use what he learns from the Tobin School of Business and his business management major courses to continue building H.O.O.D. and getting the rest of the world high off their desires too.

“I want to get St. John’s students involved in the brand,” he said.