Dancing through life together 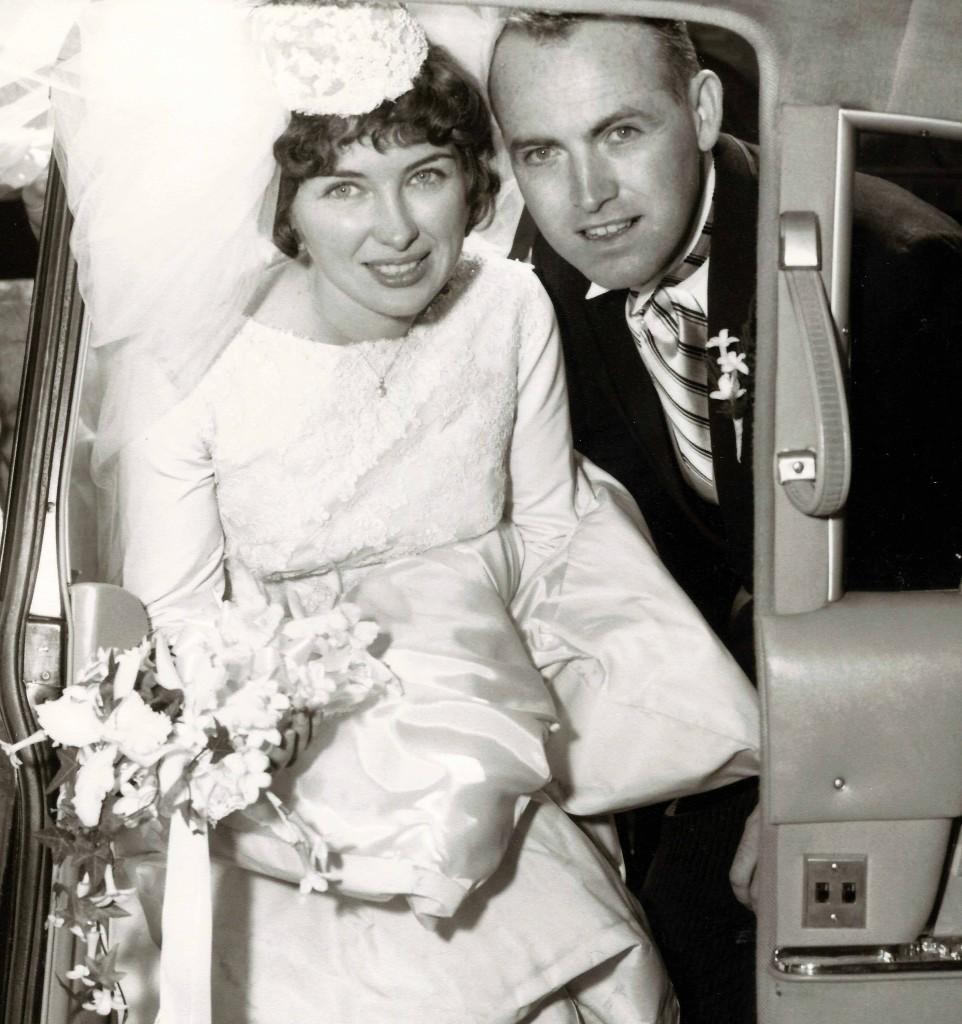 Tom and Barbara on their wedding day 50 years ago

It was April 1962 and Barbara O’Brien was a bridesmaid in a wedding for a fellow St. John’s alum. Barbara was single; she had graduated from St. John’s and was beginning her life as a teacher.

The single women lined up behind the bride, waiting to catch her bouquet of flowers. A wedding tradition, whoever catches the bouquet, is next in line to get married.

And Barbara caught it.

That same night in April, Barbara met her future husband, Tom O’Brien, now 78 years old. He was a guest at the wedding and was seated at the singles table next to a guy Barbara had gone on a few dates with. Some people at the table told Barbara’s date that he should go ask her to dance. But Tom recalls her date saying, ‘She knows where I am if she wants me.’ Tom took that opportunity himself to get up and ask his future wife to dance.

“And the rest is history,” he said.

Barbara, class of ’58 and Tom O’Brien, class of ’57, both studied at St. John’s around the same time, just on different campuses. Tom, a graduate of the business school, studied accounting. Barbara studied teaching and also got her masters at St. John’s.

The couple is celebrating 50 years of marriage this year. They have five children together and 11 grandchildren. One of their grandsons is currently a freshman on the Queens campus.

“We are very proud of that,” Barbara said.

The couple’s connection to St. John’s is undeniable.

“We were very impressed when we went back and saw what the campus was like,” Tom said. “We are very proud of St. John’s.”

It seems the couple was destined to meet each other from the start; their paths had crossed many times before the wedding in ’62. Tom and Barbara attended the wedding shower together. Looking back at photos, Barbara said she was sitting across from her future relatives and she had no idea. Tom and Barbara were briefly introduced at the shower and although Barbara said she kept asking everyone if Tom would be attending the wedding, it did not go much further than that.

Tom’s graduation in ’57 was the first graduation held on the Queens campus. Years before the April wedding, Tom and Barbara were at another event together, without evening knowing it. Barbara’s brother was graduating from St. John’s the same day as Tom and she attended his graduation.

“I would tease Tom later on that he didn’t say hello to me,” Barbara said.

But the night of the wedding Tom did say hello to Barbara. A few weeks later they went on a date and they hit it off from the start, they both said

They were both Brooklyn Dodger Fans, they shared the same political and religious beliefs, and of course, they were both St. John’s alumni.

Both of them are now retired and neither of them have slowed down. Together they have traveled to 45 states and dozens of countries including Russia, Ireland, Korea, China, Spain, Israel, Egypt and Japan.

“The only place we haven’t been is Antarctica,” Tom joked.

The couple said their relationship has been successful because of their faith and the fact they have so much in common.

“He is the most giving person,” Barbara said. “He is just such a generous person to everyone…he thinks about others first. He is a good man.”

“She is very smart because of her training at St. Johns,” Tom said. “She has everything you would want. She is good looking. She has all the qualities you would want in any person.”

At the end of the day, the couple said they feel fortunate and blessed for the life they share together.

“It has been a very good relationship,” Tom said.