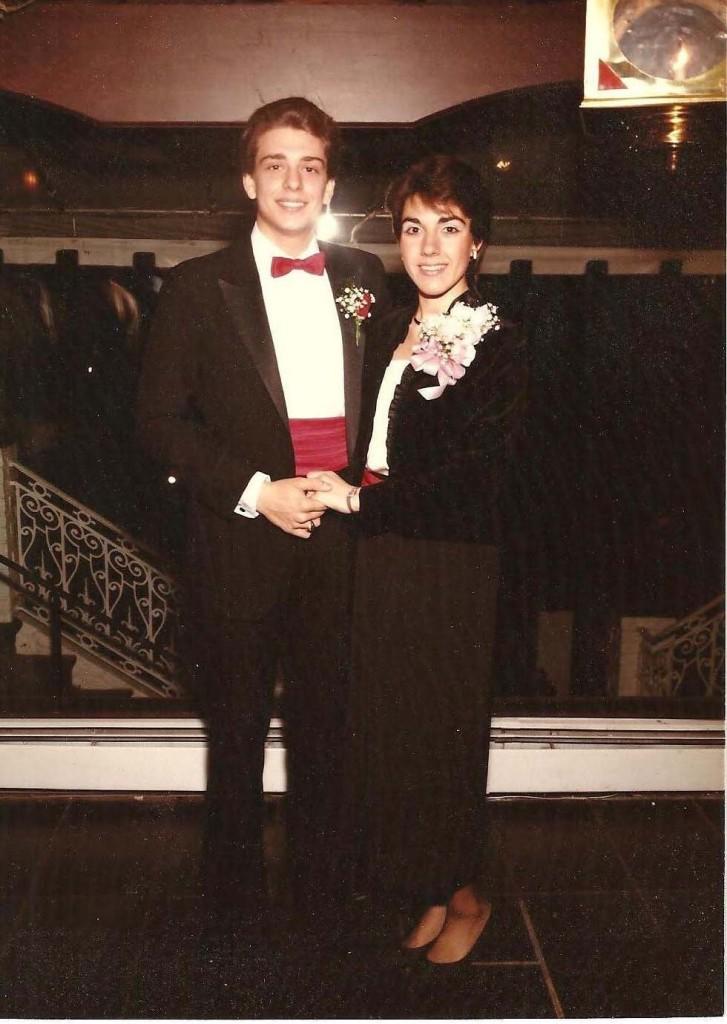 Bob Guida had a year under his belt at St. John’s when he saw a sign on campus for co-ed bowling. He decided to sign up and went to the bowling alley alone to meet other St. John’s students. That’s when Bob met Mary Ann.

Mary Ann was a freshman. They were put on the same bowling team with two other guys, but at the time Mary Ann was dating one of them. Instead, she tried to set Bob up with her friend.

“After she dated the two other guys I was head of the line,” Bob said laughing. “True story.”

“I saved the best for last,” Mary Ann said.

The couple started bowling together in September. By the end of the school year, they were together.

They are celebrating their 25th wedding anniversary this year. The couple now lives in Garden City and they have two children, a boy and a girl. They became engaged in 1988 on Valentine’s Day.

“He took the ring and put it in the chocolate box,” she said.

Bob wrapped the box back up making it look like it was never opened. Mary Ann said she had no idea and to this day, it is a great memory.

The couple said some of their favorite memories together took place during their time at St. John’s. Because St. John’s was a commuter school when they attended and Bob lived in Queens and Mary Ann on Long Island, some of their favorite memories came from showing each other they cared in creative ways. They would often leave notes on their cars to find when they got out of class.

“It was always nice coming back to the car and seeing she left me a note and vice versa,” Bob said.

Bob said the couple also enjoyed going to St. John’s basketball games. And ironically, they only took one class together, Christian Marriage.

One of Bob’s favorite things about his wife, he said, is how passionate she is about everything she does. She is true to herself and gives everything her all.

“She works hard,” he said. “If you know her, she is very easy to get along with.”

Mary Ann said after all these years it is still the little things that Bob does that mean the most to her. She said she feels like they balance each other.

“He knows when I need a hug. And those hugs are the best,” she said. “Also, when for no reason he holds my hand when we are walking or sitting at mass.”

The couple enjoys going on vacation together too, especially on cruises.

“When we get away for the weekend or dinner just the two of us we can still spend time together and enjoy each other’s company,” Mary Ann said.

Mary Ann said she believes the couple has been successful because they are not just a couple, but they are friends, too. They have similar interests and enjoy the same activities.

“Bob and I are very family oriented,” she said. “We have instilled that in our kids.”

“It is nice having that shared history of St. John’s,” he said.

For the last few years, the couple has attended the Valentine’s Day mass held at St. Thomas More Church. They both said they believe this mass alone speaks volumes about St. John’s. They often interact and see couples at the mass that have been together for 40 years or more. It reminds them of their love for each other and their love for the place they met.
Bob said seeing the couples all together means a lot.

“I think it is a testament to the values that were instilled at St. Johns,” he said.